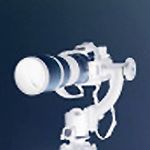 What is the Most Current Uverse TV Receiver Models?

I just had a Uverse install and I am plagued with issues.

I called the installer the next day and was supposed to hear back and have not.

These receivers are constantly needing rebooting, giving HDMI errors (I have 4 TV's).

Before I revert to Comcast I want to know if there are receiver models more recent than the ones they setup here.

Don't ask me what I have, I want unbiased answers please? I'll post that after I get some info.

I am in Northern GA.

I am VERY unhappy. The install was on the 6/17 and nothing but troubles. This is not a good start!

The IBS7000 was the first. No signal. Only power cycle and cool downs help and then its Like Russian roulette waiting for then next hang.  I noticed the Ethernet cable communication lights on the Arris are not active for this box during this.

Now the wireless boxes are doing the same but have the guide but no content if you select a channel. Reboot and get a screen saver screen and no response now. A hang.

This is not a good first impression.

I had such high hopes.

Go to your modem stats at http://192.168.1.254 and see if IPv6 is on. If it is, turn it off. Then do a whole house reboot. Unplug all stbs. Restart the rg from the modem stats, device tab, restart device. After the rg reboots completely, plug the dvr in and let it reboot, then do the same for all other boxes one at a time. Waiting for a complete reboot before moving to the next one. Do you have a dedicated cat5 run from the nid to the rg? All cat5 connections to the boxes/wap from the rg? Where is the wap?Any switches present? If so, where in the setup?

Thanks I will do this. I work afternoons and am busy now but will do the IPv6 thing tonight and report.

I found it under Home Network/Configure. Ethernet & MDI-X are all set to auto and IPv6 is on.

FYI, my Settop DVR and my IBS7000 are Ethernet.

I heard these boxes have a firmware issue with HDMI?

Thanks, I'll let you know.

@georgiapi   No firmware problems w/HDMI, comes down to TV's not handling it properly.  Many TV manufactures cheaped out on the HDMI implementation adding this, but not that, so they don't always work right.

One Uverse user had to go thru all 4 of his HDMI inputs and finally the 4th of 4 worked properly for him.  I used an HDMI cable for years until I ran into a black crush problem on the 2250 I had gotten, then decided to go to component cable and was very happy.

I see. No matter. Same thing with component.

Why does the installer leave his phone number and the supervisors email?

My only complaintnow is the main receiver is laggy with the channel changes using the remote.

Sometimnes button presses require two or three times, its getting old. Thios is with single channel and page at a time. Bad receiver? I use the other remotes on this receiver and its the same.

The other rooms are good.

@georgiapi - There have been a number of posts with similar complaints about the poor service of the latest DVR. Many claim you can get a good one. But, I have never seen a post that said they got one. Maybe I just do not remember. Some people must have good a good one.

But, you do have two problems - The box is slow & the IR sensor/circuit is too sensitive. These are the two things you can do to mitigate -

1) Move the DVR to least used location. I prefer the DVR on the most used location for a number of reasons, but one is that direct use is faster than going through a sub-STB. The DVR should be connected to the RG cat5 (may not be possible in some locations).

So, you could move it (& live with it) or keeep asking for another one til you get one that works or do both

2) Moving it gets it out of the mainstream & a different environment may stop the IR problem. If not - try this tape placed over the IR sensor. It may work. It has been posted to work. I have experienced it working like magic. But, it may not work for your case.

Thanks, Is this common electrical tape, I see the link points to a silver in color?

Is the IR sensor in the center?

@georgiapi - No, it is not common electrical tape - not intended for that use. It is "wire bundling tape" intended for holding a handful of wires together. The glue is not overly sticky - can be removed without problem. The tape has ability to pass light. I have a 4-5 inch piece across the middle section of the STB. I can barely see the blue HD light through it.

It is also ribbed, which  makes me think it might work better in one direction or the other. Although, I have always pulled it off the roll - horizontally across the front.

Going back 5-6 years there are many posts about IR interference. Remedies included taping over the IR sensor, hiding the STB, turning off auto brightness on the TV.

A common fault was the info button press corrupting to an STB mute action. The number of reports of this have totally fallen away. My personal initial primary problem was getting the zero to register. But, one day long ago that just went away.

Niles Audio Corp. makes IR repeaters & has a video on their web site showing the fragility of the IR coding that is used for U-verse & other boxes. They said their new line of repeaters could handle it. Oddly, a U-verse customer posted in this community that they had a NIles install that was not working & after they contacted Niles they did not get any satisfactory resolution.

This tape has a degree of transparency. I thought I would use it to cover the IR sensor. The remote has never worked better. In over 100 evenings since I applied the tape - watching recordings while FF through the ads - I have not had one chan up - chan down corruption . Previously, there would have been at least 6x100=600 occurrences.

Almost all button presses are accepted & none are changed to a different action.

Previously, I found the RF remote lacking in RF power - in the same room, twelve feet away, hidden only by a thin sheet of cardboard. One method to increase RF power is to hold the remote under your chin while pressing a button - using your head as an antenna.

But, recently, I discovered that weakened batteries triggers poor results due to low power. If the remote starts acting up go for fresh batteries. Before I realized the batteries were low I was getting better RF by holding it against a metal arm of a reading light.

Once IR and RF issues are resolved, there are timing issues with the STB to contend with. Numbers process fast and Menu items process slow. You need quick, light touch on some numbers to avoid duplicates and a slow, strong press on menu activities. Effort is required to suppress the urge to press again while waiting for a response. It takes concentration to get effective results. Frequently a second press immediately cancels a slow responding first press. Current IR and RF issues amplify the effect of the timing issue.