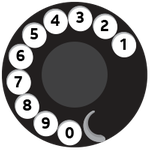 How do I report a bug with the box interacting with Sony Bravia t.v.? The Box works fine until I activate the voice command, either by signing-in or by-passing sign-in.. Once activated the box takes anywhere from 5 to 15 minutes to show a picture on my Sony Bravia.

I do a factory re-set, don't activate voice and it behaves just fine. AtT sent me a tnew box to try, a tech support person spent an hour with me, re-seting T.V. settings, trying various things and then we noticed it only happened after activating voice command. I've since done the experiment two more time, same result. The box will work on another T.v. with voice command activated , but not on the Sony Bravia that is about 2 years old. Once it connects after 5-15 minutes it works fine on the sony. It also connects immediately as long as I don't activate voice command. There is bug there some place for AT&T, SOny or Google to work out.

Thanks for reaching out about the issue you're experiencing when you connect your Sony Bravia TV with the AT&T TV voice command!

Have you checked for any pending updates for the app and the TV? If not, please check and update.

You can also leave feedback about this bug you're experiencing, so it can be considered on future updates. Let us know if you have more questions.

@ATTHelp - is there a reason why the Help reps can't submit bug reports (or for that matter, enhancement requests) themselves, and to an actually useful place, like Product Marketing or Development?  The "feedback" link you all keep posting (for OpinionLab) is clearly only looking for feedback about customer interface web pages, not about product issues, so it serves no purpose for anyone to try posting those there.

Update, turns out the new box starting acting up, with or without voice control after about half a day. I looked into terminating my ATT TV contract early, in order to go with another TV provider (I am very happy with my new Giga ATT internet), but it turns out it was cheaper to buy a new T.V. Fortunate in one way, we had a 6 year old Curved Screen Samsung with a thin black line down the middle of the screen, so we replaced it with our Sony Bravia and will run the ATT TV app through a ROKU box on it, and Bought a new Samsung for to run to ATT TV andorid box.

Sales people should be asking what TV potential customers plan to use and warn them of TV's with known issues. I was told by two techs on the phone that there is a known issue with Sony Bravia TV's.

Of course I was also told by the phone rep who sold me the package, that because I was a senior, I would be receiving a 25% discount and the price would be locked in for life as long as I stayed with the service. Turns out both were huge lies.

We appreciate the update. Just to verify, are you running into any buffering or issues while connected to the ROKU device?

Then, are you able to stream on another device such as a phone or computer without any lagging?