Thank you for your comments.

Maybe thinking about the transaction in a different way will make it easier to grasp.

AT&T doesn’t want to give you $700 to keep service on that phone for 12 months, then trade it in again to get another $700 off a new phone for 30 months. If that were the case, you get $1,400, but AT&T only gets 42 months of service. If you did that the next year, you’d get $2,100 but AT&T would only get 54 months of service, the their return on investment goes down ever more. AT&T doesn’t want your old phones (or even to sell you new ones, necessarily); it wants you to pay month after month after month for talk, text, and data.

As @lizdance40 suggested, you can always just sell the phone instead of trading it in. When you do that, you’ll probably find the true value of the phone is disappointing.

It's a complete scam to be honest.  They no longer do contracts like every other carrier.  But unlike every other carrier who when you trade in a device they give you the credit in one lump sum, AT&T locks you into basically a 30 month contract where you're stuck with them until their monthly credit payments for 30 days are finished.  I'm stuck in the same situation and once my trade in payoff gets to 50% I'm going to just pay it off and leave AT&T and their shady trade in program.

Every other provider does not give you a lump sum credit. To my understanding, Verizon's promo works the same way the AT&T's does. I just switched to T-Mobile and while they do offer a portion of the trade-in credit up front, most is split up over 30 months.

where you're stuck with them until their monthly credit payments for 30 days are finished.

Ding, ding, ding! We have a winner! You're not under cover some sort of hidden dastardly plot; you're explaining the very purpose of the promotion. AT&T only cares about customers insofar as it can make money in return. If there's nothing in it for AT&T, it isn't going to do stuff just to be nice.

But unlike every other carrier who when you trade in a device they give you the credit in one lump sum, AT&T locks you into basically a 30 month contract where you're stuck with them until their monthly credit payments for 30 days months are finished.

That will certainly be news to both Verizon and T-Mobile since both of them advertised almost exactly the same deal as AT&T... 🤔 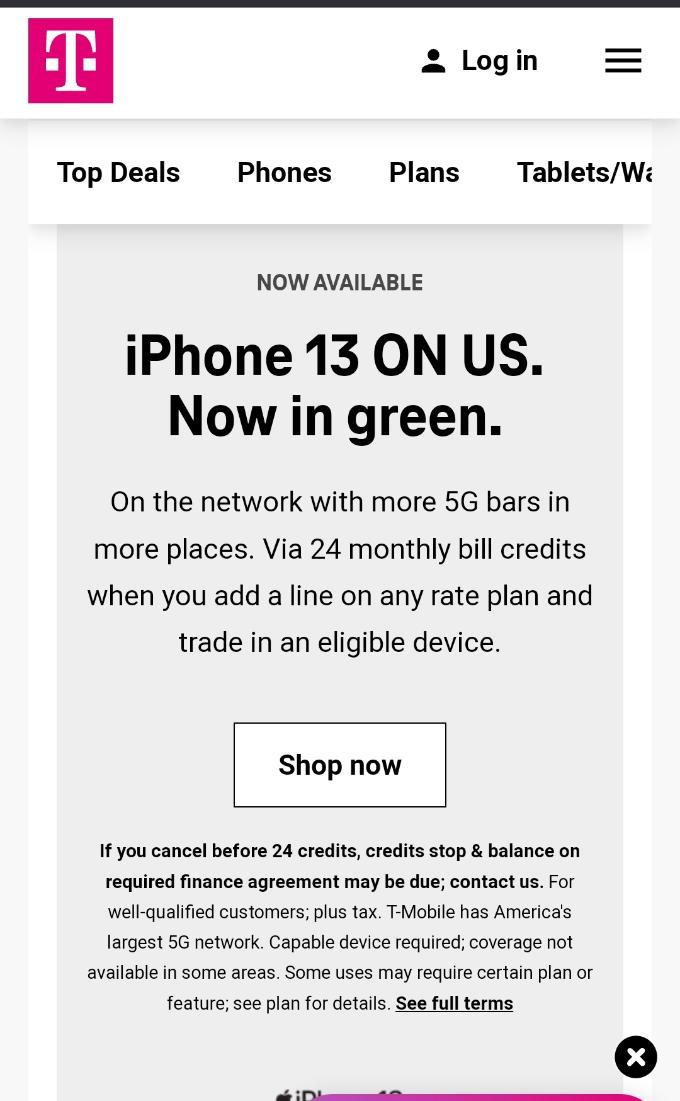 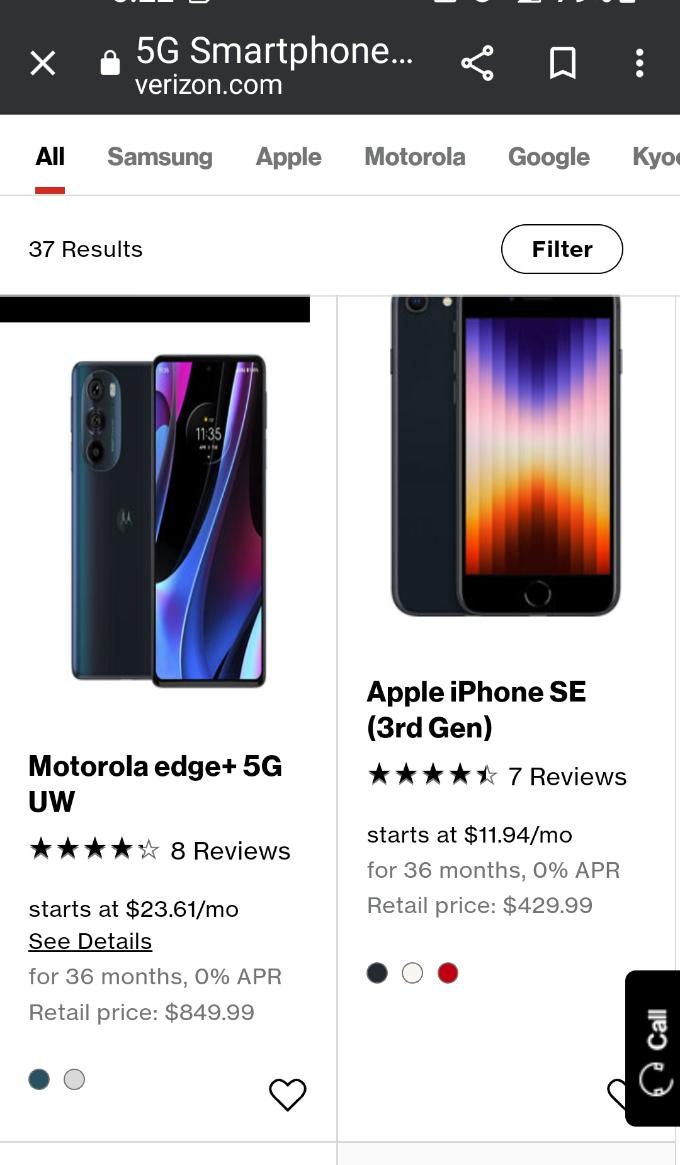 If you want a lump-sum credit, all three carriers will give you a lump sum credit, but it will be for the market value of your phone which is about 1/4 - 1/2 of what you could sell it for on swappa.

AT&T still has an ongoing deal for those who want to buy the Samsung Galaxy S22.  You can almost trade in any old Samsung Galaxy mid or flagship phone and get $800 in credits.

All these guys do basically is to defend shady business and ATT no matter what. I would've sold my phone for far more than what ATT gave me for the silly promotion. Thinking about it right now, it would've been a better deal to sell my old phone online and then use the money towards the new phone, but i didnt do this because my family members were getting good deals. When I tradedin, my phone's black market value was $1000, yet I accepted $800 silly promo from ATT. Samsung rated the phone for $750, Just $50 less and I would've received so many discounts close to $300 buying from samsung.

I am looking at contacting many lawyers to see what they can make of this. These dudes making all kinds of derogatory comments know this is shady, but they will write anything just to maintain that badge. The contract is written in ways that non-educated people wouldn't understand. It's either you pay slowly for 36 months or you lose the credits for paying the full price. They understand what you were saying, but they are gaslighting you to make you feel weird about your situation. Your concerns are valid.

I understood this contract from the beginning, but I felt it was shady. Those with old phones benefit from this, but people who want to tradein a fold 3 for a fold 4 for example will not benefit from this program. Imagine att asking me to tradein my fold 3 for s22 ultra the next day after purchasing my fold 3. You would think they would give you the balance on the fold 3, but nope. Trying to steal from the little guy as always lol.

So now, they've locked you to a single phone phone for 36months. They understand that as humans we would want to change phones after like 6-12 months. It's either they charge you $5 for next up which is actually useless bevause they don't pay the credits upfront or they know you will try to pay off the phone before that 36 months so they can keep the so called credit. It's just a lose lose for you as a buyer. Don't ever think the promotion they do is from the goodness of their hearts. They are trying to keep you on their network so they can suck you dry. Always do a tradein on samsung, if your phone is still new sell it online even if it's $200 less. $200 isn't a lot to pay for your freedom instead of being locked for 36 months on one phone or paying higher and losing your old phone's value completely.

Don't ever think the promotion they do is from the goodness of their hearts.

The only part of that diatribe worth reading.

All these guys do basically is to defend shady business and ATT no matter what.

@Meilyn22 Baloney! Explaining how the promotions work is not defending it and no one has made any derogatory comments. In fact many of us have clearly stated the whole point of the promotion is to lock you into service for 30-36 months. In effect a contract without a contract. Your insults are unwarranted. We actually agree with your observation that “Don't ever think the promotion they do is from the goodness of their hearts”. Promotions are to generate more business.

When I tradedin, my phone's black market value was $1000, yet I accepted $800 silly promo from ATT. Samsung rated the phone for $750, Just $50 less and I would've received so many discounts close to $300 buying from samsung.

Why the heck did you trade in to AT&T?  If you read the promotion, clearly you could have traded in a much lesser phone for the $800, and sold your phone for whatever $.

Just because other members of your family group chose to do their deal through AT&T, did not obligate you to do the same.

Dont blame anyone else because you didn't read the deal and take full advantage of its eligible trade in phone options. Others figured it out.   They kept a more valuable phone, and traded in a lesser, older one they picked up on eBay