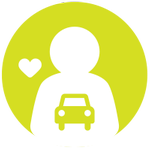 Ok, I am going through the worst experience with AT&T in the last 3+ months.

I had 5 cell phone lines , 5th line being a tablet.

I asked her 2-3 times - are you sure you can reduce my bill and still i can have my 5th line. She said YES.

Ok, that is fine with as long as my bill goes down. She even said she would increase my data limit from 15GB to 20GB at the same reduced rate.

I agreed after asking her again and again to confirm that my bill would go down and she replied YES.

After a month I received my bill and it had gone up by $140. I was shocked and so i immediately called the customer support and explained what happened.  They said they would create a case and I should be gettig a credit for the amount($140). I was ok with that and paid my bill (minus $140). THen I received second month bill and again I see this extra $140 plus $5.75 late fees.

I was shocked again and called the customer support again.

This time CSR said the first person made a mistake and she should not have put me in a new plan. and the second CSR did not even create a case to credit $140 for me.

This person also said she would create a ticket to get my refund of $140. So, finally i thought my issue will be resolved.

After few weeks I noticed that i have not yet received the credit yet, so i called the customer support again. This time the CSR said it is December holiday time, so I call back in January and by that time this case should be resolved.

So, again I called back in January and the CSR said I should get my refund in 24 hours. But after a waiting a week and not seeing any refund, I called again. This time i was told that the case was closed because there was not enough information. So the CSR said she would create a new ticket again and I should hear from them within 24 hours.

As usual no one called me. After a few days i again called customer support, this time i was told i would hear from them within 72 hours.

72 hours passed and no one called me and no refund yet.

I again called the customer support today and i was told that they had called me on Jan 10th and 15th. But I do not see any missed calls on my phone from anyone on those two dates. Anyway, now I am being told that some senior manager will call me to get more information. I don't what ^%&^% information they want when they can not resolve such a simple case even after 4 months.

I am so frustrated... I have talked to 13 CSRs so far, wasted almost 4 months.

Every time i call it takes at least 30 minutes.

They are not even ready to waive my late fee for disputed amount.

I've never experienced this kind of worst customer support in my entire life.

AT&T has become too big and a one of the 4 monopolies in the telecom space. They don't give a $H1t to the customers.

FTC needs to look at it immediately.

I am going to write to FTC sometime soon and also looking at switching to T-Mobile or sprint.