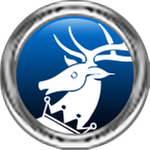 On 6/14 I went to AT&T paygonline.com to add $100 to prepaid cell phone. At the last screen, a message appeared in red print that read (this or very like it): "Unable to accept payments at this time. Please try again later." Thinking this may have occurred because I used a credit card different from the one used previously, I tried a second time using the credit card on file. The same message appeared. No money was added to the phone and no confirmation screen or text was received. I then called 611 and added the money via phone call. I then received a Fraud Alert phone call from the bank asking about THREE charges made within 12 minutes each for $101.11 from VESTA AT&T. I called AT&T Customer Support to get the invalid charges reversed and was told they do not handle payments. I was referred to Payment Supervisor at 866-608-3007, which I learned was Vesta. After being on Hold for 12 minutes (at a cost to me of .25 cents per minute), I hung up. On 6/19 after I returned from vacation, I called AT&T Customer Support, explained the problem that was NOT getting resolved, and asked for an email or mailing address where I could submit a request for resolution and/or a complaint. They would NOT provide the contact info. I asked for a supervisor who told me the two invalid charges would be removed from my credit card account the next morning of 6/20. Not true; the charges are still on my account. My frustration at the lack of service and response is exceeded only by my anger at feeling I've been lied to.

Please call AT&T, this is not support.