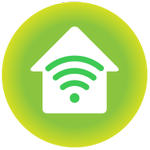 I am desperately trying to assist my elderly father.  Approximately 2 months ago he called AT&T to switch his cable service so that he could watch the Astros play.  Xfinity did not offer the channel.  He spoke with a rep via phone by the name of Abra.  She told him how much better things would be if he switched not only his cable, but his internet and a promotional product to get an iPhone 8 all three for $170.00 per month!!  He was paying so much more and thought that this sounded too good too be true.

Any assistance on who or how to contact is appreciated.  Phone calls were unsuccessful and resulted in denials and insults toward my father.

Thank you in advance.

He can use the phone on prepaid or add a line to your account. The phone will remain locked to ATT.

The time to fix was prior to cancelling service. Cancelling the service also negated getting the phone free. As noted above, the bill likely covers what was owed on the phone plus termination fees for breaking the tv service contract. You can try filing an FCC or BBB complaint. That will put you in contact with someone higher in the support chain but you still might not get the resolution you seek.

Agreed.  I want to help settle the matter and stop the recurring charges for services he is not able to use.

Hard to tell.  His bill does not state specifically - could be some of the amount is the cost of the phone.  One of many things I am attempting to find out.  I want to get things in writing due to all of his conversations have resulted in a 'he said - she said' exchange.  Surprised that customer service is unable to pull up the recording (calls recorded for quality purpose) and confirm what he was told or rebut what he heard.