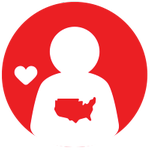 I purchased an Apple Watch at Best Buy .com for same day pick up to add to my att service. The people at Best Buy could not get the watch to scan so they canceled the sale. After they tried for an hour longer I said forget the watch and left frustrated. A week later I noticed 2 strange numbers being charged on my plan , then a week after that the full cost of a watch appeared. I have called AT&T and they keep telling me it willl fall off in 24 hours....that was 2 weeks ago and about 4 times since then. I haven’t been able to calculate my bill for about 2 months now because all these bogus charges still remain. Best Buy called and explained the situation but no one at ATT has been able to help AT ALL. This is my last effort before I enter arbitration with ATT and get paid double for my lawyer and get paid for the hours of my life your mistake has cost me! Is there anyone that can actually accomplish anything at ATT

Let's look into that for you, @SickofUrlies!

Please click the Forums Inbox (envelope icon) in the banner and reply to the Private Message (PM) from ATTCares. Make sure to verify your requested account details so we may review your case.

I look forward to assisting you.

Please do, my new bill came just today and low and behold I am still being
charged for a watch I never received and 2 lines that have had zero minutes
used for over a month!

Thank you for informing us. We sent you a private message to request account information. You can reply to our message by following the instructions that were previously provided. We look forward to hearing back from you.

Just keep in mind the error was Best Buy’s first

Of course it was but
1) two wrongs don’t make a right
2) Best Buy supposedly contacted Att weeks ago explaining this
3) I don’t trust Best Buy with a $300 month service my family depends on
4) I have no alternative to Best Buy in Tucson, I have several alternatives
to ATT