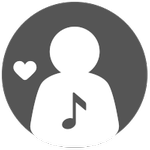 CHARGED FOR A PHONE I RETURNED WITH UPS STORE

Okay so I broke my phone and I paid my deductible to get a new phone.

1. I had a red I phone 7 plus they returned me a gold 7 plus ( never unsatisfied I did not receive my phone after paying $100 deductible)

2. The phone I receive started acting like in 2 weeks. I had audio problems couldn’t FaceTime couldn’t make phone called couldn’t here on speaker couldn’t hear when used ear speaker head phone alert play music out like when plugged and not work for calls or FaceTime when plugged in, resulting in me having to also send that phone back and go threw warranty to not have to pay ANOTHER time for receiving a non working phone I had already paid for.

3. I then returned both phones with ups store on miller and 137 in Miami Fl Miller dr plaza they let me know the the mail will picked up for the day but they would send it with the mail tomorrow I never received a receipt or anything I have returned like this before it’s been the first time I was told it would be taken with the mail the next day.

i am not being charged for one of those phones only one ???? I returned them together but when I spoke to a att representative they told me the warranty one was missing I was giving the tracking numbers and was told to go to the place I returned them with . I did they said there wasn’t much they would do there was no manager there and nothing was done or even said as to what to do. I called to speak to an att representative again and now this person told me I was missing both phones but how when I’m only being charged for one ????? I spoke to US POSTAL SERVICES AND THEY WERENT EVEN ABLE TO FIND THE PHONES WITH THE TRACKING NUMBER I WAS GIVEN. I am now trying to update my phone and I can’t even do that BECAUSE I HAVE A 700 dollar charge on my bill for the month that I can not pay for due to the fact that I am a single mother this is ridiculous that att couldn’t even tell me they never received the phone before charging me this so maybe I had some time to resolve it but no now att is telling I am responsible for this device when the same device is fully paid and I’m trying to update and I can’t even do that! @attcares please just take this phone and credit the 700 that is due for the “missing” BROKE PHONE THAT DID NOT EVEN WORK for this working phone that is paid and I can’t trade in when I FINANCE A BRAND NEW PHONE WITH YOU !!! I have been a customer since before my child was born she is 3 and I have never experienced something like this if I can’t be help I will not be a loyal customer anymore !

We can definitely help you, @Alexm115.

Its best if we continue in private so we're sending a personal message (PM). Please reply to the PM from ATTCares located in your forums inbox to get started. Thank you!