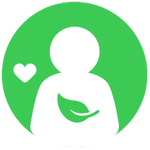 I was sold a new line plus an upgrade on an existing line under the BOGO promotion. After 3 billing cycles no credit  so I call. After 90 minutes on the phone I was told that I didn’t qualify. I asked why and was told that I needed to have the unlimited plan. I explained that I was not told that and in fact I have a text message stating how much my monthly bill would be including the promotion. And Ii would not have taken the promotion if my bill was going to go up substantially. I insisted that as ATT had stated what my monthly bill was to be that they should honor that. They told me they would escalate the complaint and I would get a call back. A week later no call. So again I call and another hour of frustration to be told it was still under review. Another week passes and I call and speak to Retention who say that they will honor the BOGO as long as I take unlimited plan and they offer a set price. I agree and they say I will get a call within 48hrs as this is the departments timeline. 48hrs passes no call. I call back again!!! To be told resolution would not be for another 5 days.  I ask to speak to a supervisor.  They (5 of them) are all busy but I would get a call back within 30 minutes from a supervisor. One hour later and still no call. Why is it so difficult for a communication company to actually call someone?  At this stage Verizon seems to be a really great option

Please READ Verizon’s deals before you make the same mistake.