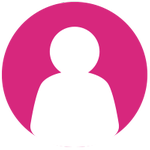 Eleven months ago, I went into a local store to get that BOGO iphone 8 deal that was going on. I completed the deal and was told by the store that I would be charged for the second phone for three months, then I would see a credit for those three months on the fourth bill and I would get a credit for the phone for that month and every month after until I paid off the first phone. I was charged for the first four months and went back to the local store, who got AT&T on the phone. They got me a refund and then the next month, I was charged again. Almost every single month, I am charged for the second iphone 8 and I have to call to get my credit. Each time I am promised it will be fixed and then it isn't. I am connected every time to some foreign person who usually has no clue what is going on and tells me lies. I am tired of calling and I am tired of this mess. I can never speak to anyone in America unless I go into a store, but then they spend hours on the phone trying to resolve it too. What do I need to do to get this fixed once and for all?

Not getting the credits usually means there was some requirement of the promotion you didn't meet. The BOGO promotions change often as do the requirements. The computer that applies the credits only knows whether all requirements are met. If that is the case, you might find that pressing this further will mean no more credits. However, the best way to fix permanently is to file an FCC or BBB complaint.

I have the original contract that shows I did meet the requirements and bills showing where the credit was applied. I’ve mailed a letter of complaint to AT&T, per the FCC, and if it isn’t fixed, then I will file an official complaint with the FCC. From reading rhis forum though it appears that I’m not the only one that has had this issue and it’s a common AT&T issue and racket. After my contract is over, and after being a customer since 2006 ... I’ll be getting service elsewhere. I used to love AT&T but their service is outright horrendous anymore.