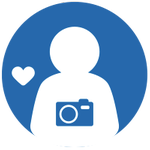 In February 2019 an AT&T Rep.offered us a special deal if we switched from Directv to Uverse, and went with AT&T internet.  We were told everything would be taken care of with Directv cancellation, etc.  I noticed my bill in March & April  was high.  When I checked into it I saw that I was being charged for Directv and Uverse.  I called and was told I would receive a credit of $133.00 for the 2 months in the next billing cycle.  I never received the credit and called, again I was told I will get my credit. The Rep. I was on the phone with left me on hold for 30 minutes while he checked how to credit my account since Directv was now canceled.  Common sense would be to credit the existing account I have with wireless, Uverse and internet.  He came back on the line to say it will be just a few minutes more.  The next thing I know is I'm transferred to another rep. who has no idea what's going on.  This is not the first issue I've had, but at least with the last one I emailed the Office of the President and received help.  I have emailed the Office of the President twice this time, and have not received a reply. I direct messaged on Twitter twice, again no reply.  I have been a loyal customer for almost 20 years, and spend a lot of money that I can take elsewhere.  What company does not even reply to a customer with an important issue??

Let us see how we can help!

Since this is account specific, we'll have to continue this conversation in a Private Message (PM). Check your forums inbox by clicking the envelope at the top of the page, look for a message from ATTCARES, and respond with the requested information.

We look forward to assisting further!