Announcements
HBO Max - where HBO meets so much more!

So I get these letters from AT&T trying to sound like the best deal in the world. In itty bitty text on the back, "Wi-Fi usage at home counts toward your high speed Internet service usage data plan. Additional charges may apply for usage in excess of your data plan."

You mean I can use Wi-Fi anywhere outside my own home unlimited, for free, but if I or anyone else use it in my own home it counts against my data plan (which is the minimal 200 Mb)?

Wi-Fi usage at home or anywhere else does not count toward your cellphone monthly data allowance.

What you might be reading is that when you use WiFi at home, your data usage goes against your plan at home, which may be subjected to a data cap (some home providers have caps).

When you are connected to WiFi your cell phone data plan is not affected. In many cases your phone will require to connect to WiFi to download certian updates.

Short answer, if you're not using AT&T's celluar internet, it's not counting against you.

While it's true that using your phone on wifi at home doesnt count against your cellular plan, That's not the full story. Your phone, for several different reason may stop connecting to wifi. When that happens of course it defaults back to AT&T. If you want to keep track, get a free app 'My Data Manager'

eg. iPhones will often turn off wifi while 'sleeping' (screen is black), to save power.

Routers that are having issues, will sometimes kick devices off.

It's not the easiest thing to research, but the app will help.

If you have an Iphone you may get billed by ATT for data even if you're connected to WiFi. It's a software bug they never fixed. A glance through the forums will show lots of people complaining about it.
There will be posters after me saying that it's not ATT's fault or some other excuse. Bottom line is whatever the reason, if you connect an Iphone you should be prepared for issues.

@harryspar wrote:
If you have an Iphone you may get billed by ATT for data even if you're connected to WiFi. It's a software bug they never fixed. A glance through the forums will show lots of people complaining about it.
There will be posters after me saying that it's not ATT's fault or some other excuse. Bottom line is whatever the reason, if you connect an Iphone you should be prepared for issues.

A "bug" that has been there since Apple released IOS 5, seems more like a Apple introduced feature 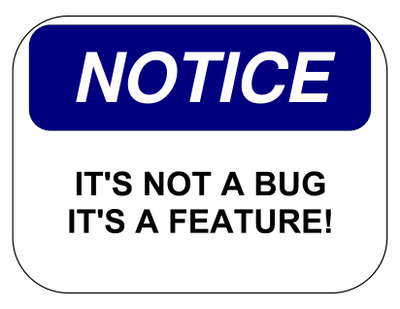 So how do you get out of paying the data overage fees that AT&T is charging me every month? I call and they say that I have to pay because I go over but every month I get the overage notifications while I am inside my house connected to my wifi!!! Help! What can I do???

@Princesselena22 wrote:
So how do you get out of paying the data overage fees that AT&T is charging me every month? I call and they say that I have to pay because I go over but every month I get the overage notifications while I am inside my house connected to my wifi!!! Help! What can I do???

the wifi connection will drop when the phone goe into hibernate mode, a wifi connection is not required for the basic use of the phone so to conserver battery the manufacturer of the device turns it off. If you want to prevent it from automaticly utilizing the celular data go into settings and turn off celullar data if it is a option ony tour device

Do what I do turn of ur cellular data under settings. This will ensure you use wifi only. Turn it on when you want to use cellular data. Also text messaging will not work between Iphones with out dara unless you send it as a standard text message.

We just switched to AT&T 2 weeks ago and after no difference in our data use found that we have already used 9GB of data. I just got done chatting with 3 AT&T reps and they all said the same thing. Even if you are connected to WI-FI you are still using mobile data unless you manually uncheck mobile data in your settings. At this time there is no automatic setting for this and it is up to you to remember to do it. In addition, the newest Android OS update eliminated the mobile data quick toggle to make things even more difficult for customers. No where does it state any of this. They also all immediately suggested I needed to check my apps running in the background and to increase my data plan. No thanks, I will just uncheck my mobile data button until I can find another solution.

Wi-Fi usage at home or anywhere else does not count toward your cellphone monthly data allowance.

Eileen, what you say makes sense, but the logs seem to contradict that.  I get--on two iPhones--at least 300-600kb of data usage each recorded all through the night while sleeping and our phones are connected to home wifi.  Yesterday, there was 2.1MB of data usage between 3am and 6am on one phone, and 1MB on the other, while we were asleep.  In rare situations where we need to reduce battery usage, we might turn off wifi, but otherwise, wifi is always on, for both of our phones at home and work, yet we show data usage 24 hours a day.  With our new 1GB plan, this could become a problem.

I have turned off cellular data for most apps.  The biggest user, though, is System Services, and that includes connections to a Microsoft Exchange server for mail.  It would be a nice feature for the iPhone system settings to have an option that can automatically "Turn off cellular data when connected to wifi".  We could go into settings and turn off cellular data every night, turn it on in the morning, turn it off when we get to work, turn it on when leaving work, but that seems like it should be unnecessary.

Moderator:  Apologies for responding to two messages on this matter.  I first responded to an April message, but it turned out to be April 2013, so I looked back for a 2014.  I'm not a troll.  It is worth noting, though, that it seems that many people may be getting charged for data they are not intentionally using, and this has been happening for a long time.

Just got off the phone with tech support.  Lisa confirmed pretty much all I've read here.  She said...

Having to manually turn on/off data is going to be a big pain, and my wife and I are probably going to forget most of the time.  According to the bar graph on my account summary page, we've used 20% of our 1GB already, after only two days on the new plan, and we've been at home or work all day and all night, except for commuting and the supermarket.  At this rate, we'll exceed our former monthly average use in just a week or so, and we'll be into the next GB (and $15 addl charge) within two weeks.

I can confirm a few things. As a new user going from unlimited to a 1GB plan...Ive seen some things that concertn me.

First being that I had so much usage while i was asleep. So I changed a few things.

I can confirm that while on wifi it does seem to be using data in some fashion. I experienced this while restoring my phone and downloading all my apps. There should have been no reason for me to have 3.5mb of data usage while on wifi. So it does seem to be dropping wifi when the phone screen sleeps but is still working in the background.

The data usage at 6am seems to be the case as well. I have started cuttting off Cellular usage while im on wifi and it have fixed any unknow data consumption on my phones part.

I do still see one trend that concerns me. I have cut off data from just about every esssential app in the Cellular usage. One of those being MUSIC app. Now I dont have all my music downloaded to my phone but I am showing links to all my music in the app. This means that I can stream those songs that are not downloaded to the phone when I have some type of internet access. Since I have cellular access disabled for the MUSIC app it should not stream any songs while using Celluar data. This DOES NOT seem to be the case. I did confirm that while using cellular data with no wifi around it still streams the music. This concerns me on the false sense of control the app is giving us.

I realize this is an old post and MAYBE they didn't charge for data used across home WAN back then, but AT&T absolutely DOES now.  I work from home and rarely use wireless data outside the home, but I have twice been been charged for overages. When I call to explain their 'fix' is to manually go into settings to turn off Mobile Data. I explained in this year/time the phone should automatically be able to distinguish a home network is available.

DO NOT BE DECEIVED!  This is a major issue.

Data used on your home wifi DOES NOT count on your mobile data. If you are having a data overage problem, it is not an AT&T problem. Most other users are not having a problem. The few that are have proved that there phone does use home wifi and mobile data appropriately. Both are used in excess.

This isn't normal. You may have a device issue. Please address via your warranty if possible.

I have 5 phones and 2 tablets in 3 separate households, and therefore on 3 different wifi services. None of them show excessive usage and we are rarely hitting 5-7 GBS a month.

We can't blame one platform or the other either. 2 phones are Android, 3 are Apple, one iPad and one Samsung tablet.