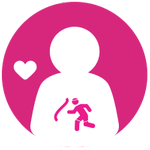 What Happened to ATT Customer Service?

I ordered a Samsung S9 online two days ago. Everything appeared to be in order until I received the Fedex shipping email yesterday informing me my phone was on its way to my old address. I had moved and changed my address in 6 places for every number I had online and my bill is going to my new address. I called ATT and after getting through the first round of call center reps (who tried to poorly upsell me on all kinds of junk) I got to the online ordering folks. My hope was that she would be able to divert the order to my new address. Instead she berated me and essentially said it was my fault and I had to call Fedex. Errmmmmm ok.....never been told its my fault by customer service before even if it was. So I got the number and call Fedex, they said I could not change it, the shipper had to change it.  Lie #1 from ATT. I then tried chat because my faith in the call center was zero. The chat rep confirmed my address was my new one and said he would have someone call me to resolve. A lady called and promised me it would be taken care of.  Lie #2 from ATT. The phone got delivered to my old address yesterday. So now I am left with the hope that the folks that bought my house will ship the phone to me (I am sure they will). Granted this could end up being a minor (ish) inconvenience but when/if I get the phone I am going to return it, if ATT are actually capable of processing the return. I have been a customer for over 13 years and spend in up to $200 per month, and it is clear unless they want to upsell me something they couldn't care less.There have also been other issues in the incorrect provisioning of an apple watch which I chalked down to a one off.  I doubt another provider will be any better as customer service is generally dead in the US but at least I wont be wrong. ATT need to do better, your online ordering is garbage and your reps rude and quite frankly poorly trained. Not sure where you moved your call center to but it might be time to look at quality again instead of saving $.

I havent bought a phone from AT&T for nearly 5 years.  There are too many better offers.

FYI both Samsung and Best Buy have sales and usually a better price this far out.  BB price matches, so when I bought the S9, I just brought the online price with me.

Yeah thanks,  I think that's the route I am going. I am kind of kicking myself because that's what I have done in the past. I wont make the same mistake again with ATT even though I get a discount due to my employer having an agreement.

You're mad at AT&T for not fixing the mistake that YOU made? How does that make sense? Yes, it would be nice if an AT&T agent could run after the truck as it's headed for your house and send it to the right place, but all the company did was send the device to the address you provided. There are plenty of points during the order process where you would have had to confirm the address so you should have been paying attention.

Except I didn't make the mistake. I DID check the address. It wasn't until the Fedex notification came through that the address was incorrect. The online agent confirmed this was their mistake.  Thanks for your positive comment though.

@RobGSea Sorry, I don't believe it. You want us to believe you put in the correct address, but some colossal error on AT&T's part just switched it out, and you're the helpless victim. If you deleted your old address on AT&T's system and you confirmed the correct address when you submitted the order, then where did the wrong address come from?​ AT&T doesn't just randomly replace addresses on orders just for the fun of it.

I actually don't care what you believe.  The email confirmation has my current adx on it. In the grand scheme of life I am sure I will recover from this minor blip (sarcasm). I wanted to add my voice to the many 100's or 1000's of folks on the forum who are displeased with ATT's customer service. If we tell the 7-10 people (or whatever the statistic is) about our poor service then that could be a real loss for ATT.

Enjoy policing the forum. This too appears to be a waste of time.

ATT customer service has dropped below Sprints and I didn't think anyone could get get that bad. Its been one month that they have been trying to fix a problem with an order return that the employee messed up on and to this day they still can't fix it and I am not able to upgrade that line even though it says I can,  the system will not let the upgrade go through. The store and online support keep say give it 3-5 days, then they seam to come up with another reason why it not working.