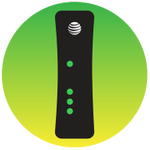 Possible to Pay ETF Fee to get out of Contract but Keep Service & Lines?

I'm sure you're wondering why I'd want to do such a thing. I would like to pay the ETF to get out of my current 2 year commitment so that I will not be charged additional "access fees" each month because I have a mobile share plan & am under contract. I still however, want to keep my plan and all lines. There's a backstory to this that I will include below however, it may not be necessary to read through it to answer my question.

I recently called ATT because I was considering canceling my service and going elsewhere. They offered me $450 off any new phone for each line that I would be wiling to sign a 2 year commitment for. I asked the retentions rep more than once if this would have any effect on my current plan and or result in any additional fees. I was told no. I was also told that the upgrade fees would be waived. I took them up on that offer for 3 out of my 4 lines.

The phones arrived and all was well. However, I went over my bill a few days ago and noticed that my "Access Fee" had gone from $15/line to $40/line. The one line that I had not signed a commitment for was still $15. There were also 3 upgrade fees on the bill.

I called ATT and got them to waive the upgrade fees. I inquired about the access fees increasing and was told that because my plan is a mobile share plan and I was under contract, access fees would be $40/line. If the line made no commitment, it would still be $15/line. The rep told me my only options were to return the phones so that I would not be under contract, or keep them and deal with the increase in fees.

My only issue is that I no longer have one of the phones in my possession so I can only return 2. I want to pay the ETF fee on the line associated with the phone I cannot return. I still want to keep my service and all lines for the time being though. That way I am not charged increased monthly service fees and I have the flexibility to start looking into other carriers.

@Carter1551, the correct answer is no, that is not possible.

That said, if you file a BBB complaint, it's possible you can get a hold of someone who can make an exception.

You might also look at other plans to see if that would make more sense, and allow you to keep the new phones.

Yes, there is a way for you to pay the ETF so the contract will be over.  You getting someone one the phone/chat/store that knows how to do it, it is the difficult part, you can try with the people that put you on the contract(retention) and if no one seems to know the way to do it, the complaint with BBB or FCC will help.