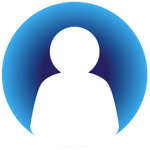 Hi there,  I really hope someone out there can help me out with this issue, as I've tried every single thing I can think of and this is my last hope.    I am on the yearly NEXT plan.   My upgrade was scheduled for a few months back.  I ordered my updated phone (iPhone XS Max) in December 2018 and elected to pick up in-store [edited for privacy – please do not post personal information]    Upon pick up, I was told by the ATT associate at the store that I would have to send my return phone in to ATT directly.   He said they would email me a shipping label.   He refused to accept the returned phone at that time.

About one week later, I had yet to receive a label.  I spoke to ATT via chat, and they told me I should have returned my old phone at the point of picking up the new phone.   I called in to ATT and was told that they would just send me another label.  That the first label must have just lost its way, somehow.   So, I received the label that evening and within 24 hours, sent out the phone to ATT.

About 2 weeks later, I receive a phone call from my father with whom I am on an old family plan, saying that he received a box with my old phone in it and a letter saying that it is not eligible for warranty service / repair.    Oh, and he lives about 2500 miles away from me.

I called ATT again and was told that I must have been provided a shipping label to warranty repairs as opposed to the NEXT return warehouse.  The Supervisor in billing ( an extremely unhelpful and rude lady named "Sam") said that despite this situation, was a blatant error on the part of ATT,  I was being charged for the remaining balance on the phone. She said that according to ATT, despite the phone having been received and then sent out by ATT, their system showed it as never having been returned at all. In fact, she kept asking me how much of the balance I would like to pay while I was on the phone with her.   I was very frustrated by this, because at this time, the phone was 2500  miles away from me, I had no idea whose phone or what condition the phone was in that my father had received and now I was being told to pay the balance on my phone that I had returned according to my contract with ATT.    She refused to help me further and I requested another supervisor.  She said that this supervisor would call me back within the hour.   Needless-to-say,  I did not receive that call.

The next day, I received a call from what I believe is the "loyalty" department to check up on how my extended call had gone with ATT on the day prior.    I told her exactly what happened and she was apologetic.   She told me that the only option is for my father to return the phone using a new label that she will provide.   He also needed to input my passcode and disable the iPhone locator feature in settings.   I told her that my father does not understand iPhones and, as mentioned, he lives 2500 miles away.   So I asked if there was a corporate store that he could go to and return the phone.   She provided the address of a corporate ATT store (W. Main St, Norman Oklahoma 73072).  She said that I should not be worried about the balance of the phone on my bill, because she extended the return deadline for the phone by a few weeks (Feb 15 instead of Feb 2) and that as soon as the phone gets there, the balance for the phone would be removed from my bill.

My father tried to return the phone at this corporate location about two days later.  By this point, it was late January 2019.   The ATT associate there, however, said that in order to do so, he would need the passcode to the phone and the iTunes email and password.    I had provided this information to him and they tried to enter this info, but, for whatever reason, it was not working.   The associate recommended that my father send the phone back to me and that I should return the phone to ATT with the aforementioned, second shipping label.

My father sends the phone to me, it arrives a few days later.   I managed to unlock the phone and prepare it for shipment.  I send it out with the new label.  This took place on or before February 1st, 2019.

About two weeks later, I receive another notice from my father.  ATT sent my phone out to him again.  This time it was accompanied by a letter saying that it had arrived after the February 2nd deadline and would not be accepted.   They also said that the balance would remain on our bill but that we could try to trade it in for credit when getting a new phone... which makes no sense...this was a return for a NEXT update, after all.

I called ATT again and once again was connected to a supervisor.  After explaining the story to an associate then to a supervisor, the supervisor confirmed that he say this second label request in the system and was very sorry about this situation.   I told him that at this point, I need to have the phone balance removed from my bill.   ATT had received my phone twice, as per the tracking numbers of the labels provided, and sent it back out, twice, both times, to an address 2500 miles away from the original address.   The supervisor then changed his tune and told me that I must be lying... that there is no record of the phone having arrived at their warehouse at all, whether with the first label or the second.     I told him that there is no question of that.  I have the letters and packaging from ATT as well as documents of the instructions, phone calls, everything.   He reiterated that as far as the system said, I had never returned the phone and that there was absolutely no solution to the problem.

As a last gasp effort, I asked to be connected to the loyalty department, remembering that the representative there had been the one to help me (or so I thought) with the second label.   I was connected to the loyalty department and spoke to a representative, explaining the situation three times in a row.   By this point, I had been on the phone for more than 2 hours that evening.   She then asked me "So this is regarding an iPhone?  Did you want to please upgrade your phone sir?"    I maintained my composure and explained the situation again, as simply as I could, start to finish.  Her response was that I actually needed to be connected to online sales department because my initial order for the upgrade was placed online, even though I picked up in-store.    Instead of transferring me, however, she hung up on me completely.

If anyone knows how I can fix this situation, please let me know.   I am at my wits end.  I don't have any more time or money to dedicate to shipping what is ostensibly my old phone (who knows at this point) across the country to only have it shipped out to the wrong address again with no record of it having been received by ATT within the ATT system (despite the hard-copy correspondence that comes from ATT with each return).     I need the balance of the phone removed from my account immediately.

We definitely can take a look.

Please check your Forums Inbox for a private message (PM) from ATTCares and reply so we can get started.

Hi there, Just to update anyone that's reading this.    I was contacted by Dwight from ATT community forums and all he could do was give me the phone number to collections, because ATT has sent my account to collections over the cost of this phone.     To be clear, I posted on this forum on February 25 at 11:56 AM and Dwight and his supervisor Darius told me that my account was "automatically sent to collections and is no longer in their hands" as of the afternoon of February 25, 2019.  Darius then told me "God bless you" and hung up the phone on me.   This was after he told me that I should try to find out how the phone's condition is while it's 3000  miles away and questioned me like I did something wrong.

The lack of accountability and total ineptitude of ATT is not only horrifyingly offensive but is truly unethical, if not unlawful.   You sent my phone out to a third address multiple times, then put the charge on my account and sent it to collections after you already had record of this situation, had record that I had fulfilled my end of our contract, which was to send it in per your instructions with your label in good condition, and assured me that once I sent it in the second time due to your inability to follow through with your end of our contract, that the charge would be removed from my account.     ATT is not only a total mess administratively and provider of sub-par service, but let the record show that ATT will send a customer's account to collection$ based on fraudulent charges that they applied to the account than own up to their shortcomings.

Just wanted to let everyone know that we just sold the phone to a third party and sent the money to collections.  ATT customer service is total garbage. Literal garbage.