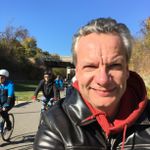 My experience with returning a phone, fees that weren't mine, SmartLabel returns & customer service

My experience reading the forum beforehand helped a bit.  I find it's always more helpful to check out what people are saying before instead of coming after you did it "wrong" and have everyone tell you why.

I had three new phones shipped out to me, one of them had a bad microphone and had to be sent back. From reading the forums I knew a few things:

Dealing with customer service I know to do a few things:

So I called to return the phone, it was relatively easy to convince them I had a defective phone since I had two other identical phones (but still longer than it should be, if it was any other item that I was returning somewhere it would be a much easier process.  And I don't want to just return the phone, I want to exchange it (this phone is on Next) and need a new one sent and no restocking fees.

So they want to return it on buyers remorse, not sure why seems like they'd want this labeled as defective (I've mentioned this in other threads) so that they can complain to the manufacturer (instead their stats look like they have wishy-washy customers), I tell her it's not, I'm exchanging it, but she insists that's the way to do this. She makes me pay tax on it which makes sense sort of, this is a new phone, I'll get my tax back on my other phone. I make it clear (several times), I'll be upset if I have a hard time getting my tax back on the first phone and this is an exchange, no restocking fees for me.  FYI, when having to do the acceptance e-mail at my end (to ship a new phone), there was ZERO indication that it was a buyer's remorse issue, I looked hard and for abbreviations/acronyms.

They made it clear to use the return label that comes in the new box (there was a return label that came in the original box).  Timing could be an issue but I'd called early, if it was later, I'd have made them let me use the other label to get it back in time.

I make copies of the SmartLabel, the original shipping invoice (circle/label in red the defecitve), the shipping invoice from the new one (circle/label in red the new one) and include a note.  And because of the SmartLabel horror stories I've read / heard in the forums and my OCD tendencies, I put two copies of my stuff (both invoices and my note) in the box (one set in the top and one set in the bottom so it doesn't matter what end they open).

I mail it in the US post office and get a receipt (to proved I maild a box with that label), the PO tells me I can't pay for signature confirmation or insurance.

FYI, the SmartLabels do not have a shipping address (and that's not a zip code on it) so you can't even pay to ship it yourself so that you can add signature/insurance.  The next day the tracking says it was picked up but then the tracking ends.

I actually think for the first few days the wording was slightly different ("Tendered to returns agent") but the gist was the same.

Turns out to get further tracking you need to go to http://tracking.newgistics.com or http://www.tracking.smartlabel.com to see where the package is afterwards.

At some point while it's shipping they remind me to mail the phone back. So they are perfectly aware that this is an exchange...

It finally arrives and I give them a week, no acknowledgement that it arrived. I chat they say to call, I call and they have no idea, I call back when it was 10 days(?) since it arrived. They can't find anything, I spend 90 minutes with them on the phone. They finally confirm it was there but only because I gave them the tracking number and they're reading the same thing I am.

I feel like there should be a text, a note in the account, an e-mail a status on the web page or something. They did send a confirmation text, but it was just cut and pasted from the web status to make me happy that I got a message...  This support guy could have been more knowledgeable and normally I'd have let him go and called back, but to be honest for most of the 90 minutes (not the first 20 minutes) we were having happy hour on my back porch so we were not upset or impatient, every 5 minutes he'd come back on the line (we should have made a game out of it!).  For my patience and their confusion I did get a small credit to my account (which I did not ask for), so our drinks and pizza got paid for!

But of course when they sent my monthly bill there was a $35 restocking fee (which was technically my first real notification that they got my phone), which I very very easily got fixed by chat.  I had my message typed up (capitalized and punctuated) before I even hit chat and was ready to paste in.  I could see my $35 credit in the account before I let my guy go (I logged out and back in to see it).

Next Credit and billing problem:

There was also a "One-Time Charges" credit for the first month's Next fee ("Installment Plan Adjustment") in the account but it was incorrectly listed as a fee ("One-Time Charges") and it was a positive number but if you added up the numbers it was actually a credit (and if you clicked it you could see it was a credit and a negative number). This was also letting me know they got it, but this was no where I could see in my bill. To be clear, this was my refund for the month of Next I paid on the first phone (it was just poorly displayed).

My tax got credited back finally, that took weeks but that's what they told me, so no surprise but I didn't have to call for it.

So I'm all good now. But it took about 5 weeks start to finish. I knew it would work out, I was positive, polite and kept my records (and my cool).

With many other (not phones), with way less effort, they'd have cross-shipped me a new one and just billed billed me if the other one didn't come back. This was way too complicated and time consuming a process.

If I drilled down into the Next payment section, I could see the old phone and the new phone and it looked like the one had been suspended but it still wasn't 100% clear.  It just shouldn't be so hard to know they got your phone back.  I was worried since I'd heard horror stories here in the forums but it really wasn't much of one for me, but still an annoyance.

Minor complaint, one line is now one month behind the others in the Next plan payment system. Minor, I can just pay it later if it's time to get new phones, but just another weird quirk.

Please note: I'm not calling anyone crooks, or thieves or money grabber or horrible customer service. I'm just telling my story, I hate when other people go down that rabbit hole.  Portions of this I've mentioned in other threads, but now that I have an completed process so I'm sharing the whole story.

This is why I get all my NEW devices from a company owned retail store. Within the BRE period all returns go to them, no need to ship.

@David606 Getting them from a retail location would be my preference, but they had done such a deal for me on the phone at the time (that's an even longer story) it was kind of insane not to take it.