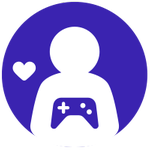 The Corporate Att store in Spring Hill, FL has been nothing but a problem from the start! I still don't have my phone yet I ordered through Att.com and switched from being a LOYAL Sprint User Since 2003 ordering was fine sales chat support was great processed order within 2 hours I got the pick up email notice. This is where the problems begin I first drive over a hour and over 40 miles to the spring Hill, FL store to pick up my phone and activate my services, when I get there the store wasn't all that busy and the support guy took my name and checked me in and said be one moment well 20 mins go by finally someone says has someone helped you yet? No I say and he says one moment , 10 more mins pass and someone comes up and finally asks what we need , I tell them he looks up the info and goes in the back to find my order 10 mins pass he comes back says he can't find it do you have the order confirmation # I give it to him, 10 mins pass , finally the manager which I was told was from a different store , pulled it out of a cabinet on the sales floor, so finally I'm ready for my new s7 edge 10 mins of verification this and that and he tells me he's about to charge my card the one I put online I said oh well I thought u did that he said no I said OK go ahead (deposit and taxes) card declined... OK he trys again same thing , then he says do you have any other payment type I said try this card same thing and even a check that he scanned with his tablet it was declined as well, this is all today Jan 2nd 2017 so I left and drove to the closest bank it was closed of course it being a observed holiday it being a sun on new year's day, so I started home to get another card and I get emails from att saying my order was being picked up so I called customer service and they transfered me to the web sales team which TOLD me the payment was already taken and to drive back to the store and have them call att and confirm so I drive back and the manager tells me that's not how it works after I was ignored for 30mins and not checked in this time at all the store was less busy and the manager and and another sales member seemed to be doing busy work he calls and after the web sales service tells him no and he makes a public mockery of me in the store being that he was using speaker phone in the middle of the store with everyone staring at us this was the store manager! this took up another 45 min or a hour and I had him try the card on file 1 more time after he was nearly yelling at me as if he was telling me "I'm not making any money off you today goodbye!" The sales rep who originally helped me the first time had to come over after I pleaded with him and push the button physically on the tablet the manager was holding to run the card again. So again I leave and call my bank seems att and my bank both flagged the transaction as possibly fraudulent so the bank confirmed that it was me and I called att and confirmed with them, so instead of driving the 15miles I had already traveled towards home I called the store directly to see if they could run the card again and explain what happened I get the check in guy who puts me on hold then comes back 5min later and says everyone is busy I can't interrupt them I'm not allowed! And said someome would call me back, I wait 10min where I am and call back and explain can you please just let me know if I should go home and get another card and if someone could take the 2min to hit a few buttons to tell me he says NO I'm not allowed to interrupt sales reps or my manager and someone would call me back! I again please with him tell him the situation and how much time had and miles I've traveled already he gets aggressive and tells me NO ! SOMEONE WILL CALL YOU BACK! So after this it's about 4 hours or so after I started my journey to pick up the s7 edge from the spring Hill ,FL store and I decided I'm going home an reordering and picking up from the other store that's 40+ miles the opposite direction when I get 5 miles from my home when I get a email saying my phone has been picked up following a call from the spring Hill store saying the card went through are you gonna pick up your phone today or tomorrow? That's where I am now on my journey 35+ miles back to the spring Hill FL store to finally pick up my phone and activate my services I should've stuck with Sprint... I will follow up with how long it takes and my next experience with the staff the store and att... Update well this time the store was dead and I only waited 5mins for my phone but then had to wait 30min cause they couldn't get it to activate all because they forgot to install the sim card then I waited a hour while they tried to confirm and add my Military Veterans Discount it is now 7 hours after I left my home this morning and I still have over a hour to drive home this is just rediculous!

Welcome to the AT&T Community Forums! I am very sorry to hear about the unpleasant experience you had in-store and when you called us. I appreciate you bringing this to our attention.

I would love having the opportunity to make this right for you. Please send me a private message to @ATTMobilityCare with your full name, phone number and a good time to contact you. This way I can get detailed information to address your new service concern and correct any negative behaviors you received by AT&T representatives and managers.

I am looking forward to hearing back from you. Please let me know if you have any questions.

Have a wonderful rest of the day!

Won't let me private message you

I appreciate your prompt response. I am sorry to hear you are having issues sending me a private message.

When you click on the link provided, do you receive any error message? Please try clearing the cache and cookies on your computer or use a different browser, as this can sometimes cause an issue.

Please let me know if it works for you.

Thank you for your time!

This is what it says
Correct the highlighted errors and try again.

One or more of these members do not have private messages enabled. Their names have been removed from the Send to list.

@Famousnate187   The messag is pre addressed.  Fill in only the title and text box.

Get the same error

Getting rearly tired of getting the run around here some one contactelse Asap! Att sucks so far I should just go back to sprint

I understand how important is to get this issue resolved as soon as possible.

Thank you @lizdance40 for providing great graphics! Once you click on this link, it will direct you to your account, please make sure you are logged in, in order to ensure you are able to view the options. At the left lower corner, you will see the option to send a Message directly to us. Please type in your information and make sure to hit Send to complete the process.

Thank you so much for sending me the private message. Once I receive your information in our system, I will be contacting you via phone call. It should not take longer than 24 hours.

Once again, thank you for your patience. I am looking forward to speaking with you and resolving your concern.

Have a good evening!

Please try to get back to me asap

Thank you for updating your post to let us know your issue was resolved!

Once again, I do want to apologize for any inconvenience from this experience. Thank you for sharing your visit to our Spring Hill, FL store and I hope this does not discourage you from visiting our stores in the future!

Thank you for joining AT&T and I hope you have a great rest of your day!