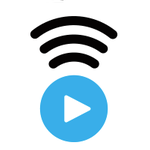 On Thursday, 11/8, I filed a claim with Asurion for a broken phone. I completed the affidavit and sent my ID. After that, I was told it would be 1 business day to receive my phone. My phone did not come. On Monday I called and I was told that the iPhone X was back ordered and that I would receive it in 3-5 business days. I was annoyed, but it wasn't that big of a deal. On Wednesday, 11/14, I got a package that had only a replacement phone case in it, but had instructions for how to return my broken device. I thought maybe the phone and the case were going to be sent separately, so I didn't think much of it. Then today, I checked online, and it said that my phone was shipped and received by me. I called Asurion, and told them I never received the phone. They didn't even really question me not receiving it (like it was a common occurrence), and then I was told I had to file a new claim and affidavit. I immediately did this, and then called back to see if they could rush the verification process, since I have already been waiting a week. The first person I spoke to said no. I called back and spoke to a different man and he said he would do it as a courtesy, and he kept me on the phone while he verified the documents. He said that everything was all set and that the phone would be shipped today. He then transferred me back to claims to verify all the information. I wanted to make sure that everything was in order, and I was then transferred to customer care. I waited for nearly 30 minutes. Finally, I got through to a man who told me that they simply don't have the phone. I was very confused, since I was just told that it was shipped. He told me that I could go and buy the phone from ATT and then they would send me a check for it, less the deductible, and once I send in my receipt. I was so insulted this was even offered to me as an option, since I have paid for this insurance for years so I can have protection and receive a new phone in a timely matter. How could they expect me to shell out over $1,000 for a new phone and trust that they will send me a check when I have heard different stories from every person I've spoken to!? Finally, the man said that they would send me a check for the phone first, and then I could go buy a new phone. Of course, they need 1-3 days to process the claim (again!!!) and then the check will be sent out in 7-10 business days. This all sounds extremely sketchy to me, and I cannot get a straight answer from any person I talk to about this. This entire situation appears fraudulent, and I am not opposed to starting legal action if this does not get resolved immediately. Has anyone experienced anything like this? I am livid, and just want a new phone. I have been very patient throughout this process, but I don't like being lied to, and feeling like I am in the wrong when all I am doing is using a service I pay for.

I too, have had very similar experiences with Asurion. I filed my claim on November 25th. I recieved two messages from them, complete with the At&t logo, that my replacement phone had shipped and would arrive in 2 days. I never received the phone. After 18 calls, I was then told they didn't have the phone, and instead would send a check. They then said the check was lost and they would send another, again stating 3 days to process and 11 days to mail. I am still waiting. I am very surprised that no one else hasn't had this problem other than you and I. I feel as if I have been robbed.  I ask the only responder, what is the bill dispute with At&t for, false insurance?

I too have had an issue with Asurion and AT&T. My S7 had an app crash and I couldn't restart it. I have had insurance on it for 2 1/2 years. I filed the claim and was told I would have to pay a deductible of over $100.00 before a replacement phone could be sent. Having no choice, I agreed. I was sent a replacement phone (factory reconditioned) the following day only to find that the phone had an embedded password protection inside the phone. In other words it was a company phone used by employees with their own sign in screen. It was never taken out of the replacement phone and the phone was useless. After I contacted Asurion again they asked me to return both phones using the label sent. They assured me that once they receive the phones, all I had to do was buy a NEW S10 and provide the receipt. Once they had the phones and my receipt they would credit me $499.00 plus tax which equals $527.00. I was given a claim number by the agent who could not reveal his name only his agent number. I sent the phones with all of the requirements they asked for and I have no contact from them after 45 days.

It seems quite obvious this is borderline fraud and I will continue to call them and if need be, file a claim with the FCC. If its happening to me, its happening to you. This Asurion service is poor at best and I caution anyone to only insure your phones for one year. After that they depreciate your phone regardless of whether you pay insurance or not. This is a well designed and well orchestrated example of theft and fraud. I will do whatever I can to get this satisfied. The FCC should be aware of what is a predatory and fraudulent practice by Asurion and all of it's providers. What a rip-off.

There is a class action lawsuit against Asurion, no surprises!

There is a class action lawsuit against Asurion, no surprises!


There is a class action lawsuit against Asurion, no surprises!

Asurion is not AT&T, or Verizon, etc.   it’s a separate company.  If you have a problem, file a BBB complaint against Asurion.

Even if that wasn't old, so what? [Per Guidelines:  Keep it Relevant and Appropriate].

**Disclaimer: I don't work for AT&T, have never worked for AT&T, and have never been compensated by them in any way, shape, or form**

The same thing happened to me and I experienced racism at the miller park store from a rep named Diane.  I also asked her to keep my pin code private and she staple on top of my paper for everyone to see. I did not matter to her. I also went to the water street location the rep Ellen was lazy did not want to help me with a claim. He wanted me to get a new 30 month lease.

Asurion gave me the worst service possible. My feeling are hurt. I feel so helpless against this company and their deceptive practices.

Then i call 1 866 397 6466 to file a complaint and this number plays music for hours no help. Very hurt customer with insurance and no phone for days.

Same thing is happening to me. I found this site looking for a way to file a complaint. My experience was worst i also received unfair treatment in person because i am black. Miller parkway rep Diane . She also stapled my pin to the top of my paper after i explained i want to write it down for privacy.. overwhelmed with disregard and disrespect.

I’m currently in a dispute with Asurion over the details of my broken iPhone. The date it was damaged vs. the last day of use. The correct or incorrect IMEI # on file with ATT. I spent 5 hours on the phone with them today and had two different conference calls with the two companies and still Asurion if asking me to verify information that I already verified in other conference calls the other day. This is a nightmare. I paid insurance for 5 years on that iPhone, I’ve answered every question and verified every piece of information and they still deny my claim. . . But they keep “trying” to get the correct information so that they can approve my claim. This company is awful. I honestly don’t know what else I can say but my sympathies go out to anyone else who is dealing with them.

the att/asurion combination is horrific. I’m trying to get a battery replaced which was approved. Simple procedure. I’ve been on various phone calls for over 5 hours over multiple days, spoken to six plus people, over 5 chat conversations and two store visits at this point who tell me the claim is not in their system. This has now taken over as they worst customer service replacing the DMV. Deeply disappointed in att. I expect better. Zero accountability.

@Sbarry   Asurion is not AT&T.  Any more than it is Verizon, t-mobile, or Amazon.
It has a defacto monopoly on electronic and mobile device insurance.

Here’s why things are hung up:   Everything comes from China.  Screens, batteries, and other replacement parts.  Shipments are slow.   Very slow.  Partly due to Covid, partly due to customs coming in.  Anything from outside the USA use to take weeks, and not is taking months.   Not a good time to need parts replaced.