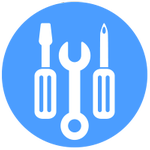 I recently saw that my phone bill was over $1600. (It is usually around $120). I called AT&T and found out that someone had gone into a local store and purchased 5 new Iphone XS plus on installment plans using my account information. 5 days later they went into the same store and purchased 5 more Iphones, this time Iphone 6, also on installment plan and using my account information. The most concerning part to me is that I was unaware of any new activity on my account. I never once got any kind of notification from AT&T about any new purchases nor did I receive any sort notification about giving authorization on any of these purchases. I am not a small business, there is not any, major holiday coming soon, in my mind, nor does anyone else, but me have access to my account, so purchasing 10 new phones in a span of 5 days should spark some sort suspicion. Again, it did not. AT&T says this is not a fraud matter on there part and I am shock and appalled that they would say that. It is clearly a case of identity fraud and I believe that AT&T is at fault here.  I keep trying to call and keep getting running around in circles with them. I have been a loyal customer for 12 years, had very few late payments and had only one line the entire time. I have reached out to the local store where these phones were purchased and have filed a police report, but it feel as if I am not getting any help from anyone especially AT&T. AT&T is  making me do all the leg work and proved to them that I am innocent and truly did not buy these phones. It seems to me that a major company such as AT&T would do more to help their loyal customers and would have some sort of division to do its own investigations. Innocent until proven guilty, AT&T is not, more like if your not guilty prove your innocence. After this matter is all said and done, I hope I can break my contract with AT&T, return the phone, and move on to a company that actually treats their customers better and has  better fraud monitoring. In the meantime I really wish I could truly get help with this matter, but that is asking for too much.

*They can send me this message when I change my address, but not when someone buys 10 phones on my account?

if only that were true

I get an email no matter what I do on my account.  I also have full security, including 2 step authorization.

If you didn’t get a notice, someone got to your email as well has hacked your phone account.

File a BBB complaint and put 2 step on your email.

That is really good advice. Thank you.