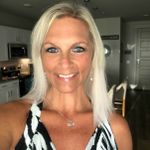 BLOCKED FROM NETWORK DESPITE HAVING PAID A MONTH AHEAD! NO HELP, FCC COMPLAINT FILED

To say I’m angry at AT&T is an understatement. After 20 years, I left AT&T for Sprint last September, service was awful, I paid my device off in full and came back to att June 2019.  Had NO problems with my phone or service and then September 15, at 4pm, no network. Said I was blocked.  I came back and did prepaid, so I am paid thru mid October with AT&T and Asurion. I call At&T asking why I can’t use my phone.  They tell me my phone was reported stolen.  The person at the store told me it was blacklisted. I called and spent 2 hours on phone with Sprint, had a conference call with AT&T and sprint. Sprint repeatedly told them they did NOT blacklist me, I paid In full and was free to go wherever I wanted. Att told them they showed them blacklisting my device. Sprint told them “we can’t remove a block because there isn’t one to remove!” Sprint assured me all was clear and they couldn’t control what att saw on their end. All IMEI reports were clean and good. AT&T’s final word was “we can’t help you”. Eight hours spent on this. Customer of 23 years. I’ve had my # 20 years and if I lose it over this I’m not sure what action I’ll take. I’ve had to go to Verizon who set me up a month of service (funny. No IMEI issues there?!) prepaid. So I’ve now spent $80 and $55 for services, of which the $80, I’m not allowed access to. Will I be refunded for them denying me access for something I paid for? No.  Att tells me to call Asurion and file a claim. I called, woman said “this is weird.. you’re paid through October your policy is good but it says suspended?”  Oh! More $ I paid out I’ll never see again. No one, NO ONE, will help me.  No one gets management when I ask no one would let me talk to someone who could help.  I can’t even find an email to send this to because AT&T treats their prepaid customers like step children. My time and stress has been ridiculously high, I leave the country in 2 days and anyone who has ever needed me, can’t reach me now. SHAME ON YOU AT&T FOR NOT TRYING OR CARING ABOUT YOUR CUSTOMERS. Hopefully this gets some attention. 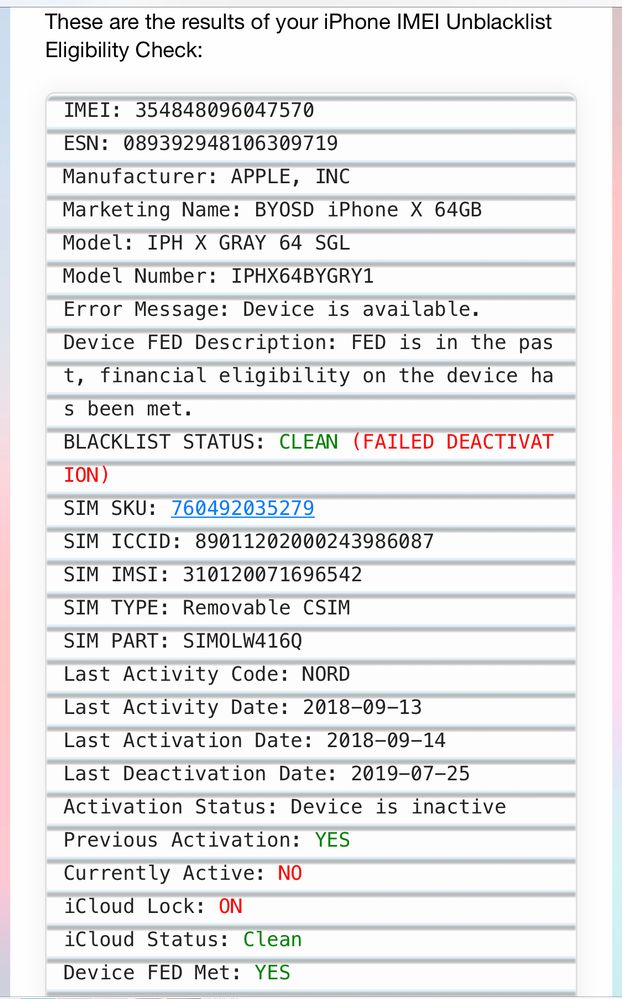 FYI,  all you need is your AT&T account number, phone number  and your pin number if you want to port your number over to Verizon.   Your phone registering as blacklisted with AT&T can’t prevent that.  You have to call to get your account number.

Invention trying to use your Sim card in another phone and got the same blocked message.   Your SIM has become associated with the blacklisted phone. Usually I can be fixed by a call to Support, if not you may have to go to an AT&T store

Sorry You’re going through this.   It’s possible somebody somewhere messed up a digit one black listing their own phone, and yours was done by mistake.

Someone is lying to you. The blacklist is universal, if the phone were blacklisted, it would not work on Verizon either. If you weren’t leaving the country shortly, I’d suggest filing an FCC complaint. Just FYI, you aren’t being blocked from using your prepaid service, your phone is. Put the SIM card into another phone and your service will work.

Well I just paid $800 cash for this phone to sprint in June. But I’m curious to try anyway. YES I am being lied to by I don’t know how many people!

Can you tell me more about the FCC complaint?

I can’t find your comment in the thread now. But you said FCC complaint, I’m interested in that for sure.


Can you tell me more about the FCC complaint?

@sandblaster @If it’s my phone that’s blocked, why when you call the # does it say “this person isn’t taking calls at this time” instead of just going to voicemail?  I have no access to voice messages even.. of course that’s assuming one could be left but they can’t.

@lizdance40 please read my topic,  ive tried putting sim in another phone and still same error.  I have shared my receipt from my purchase of the phone and ATT still has done nothing to resolve.  I saw you comment a lot on this topic, hoped you have insight.


@sandblaster @If it’s my phone that’s blocked, why when you call the # does it say “this person isn’t taking calls at this time” instead of just going to voicemail?  I have no access to voice messages even.. of course that’s assuming one could be left but they can’t.

If a phone is suspended, or blacklisted there is no voicemail or any other services available you get exactly the message that you just posted above   “this person isn’t taking calls at this time”.    It’s a lot more polite than saying this person didn’t pay so we cut off the service, or this person is using a phone that doesn’t belong to them.   Yikes, they wouldn’t dare.

So you took this same phone and went over to Verizon, and are having no problem using the phone there?    That does seem to confirm the blacklist originated at At&t.

Was your phone originally on somebody else’s account?   Even if you paid for it in full if you were not the name of the owner on an account they could have blacklisted your phone as some sort of revenge (Happens )

If we assume that everything else is perfect and that you have no reason to have your phone blacklisted then the only way to get AT&T to reverse this blacklist is through the FCC.  You can file an FCC complaint for free online.

Everything is 100% as I’m repeating to you. Yes, I took the phone the one I’m on now, and did one month if prepaid Verizon service so I would have a phone. The # is different, but the device works perfect. I’m the sole owner of this phone, Sprint is where it originated and the claim to not have me blocked on anything and I’ve been detached from them since July and no problems until out of the blue Tuesday. I DID file the complaint with FCC and provided transcripts of chats and receipts. This is A NIGHTMARE.

@lizdance40 @sandblaster  I did just that. After 7 hours on phone with support and in the store as well, I took my business to Verizon and ported to them after 20+ years. Phone has worked great ever since. I filed a complaint with the FCC and still am beyond angry I was forced to be out so much money and switch carriers because no one wanted to admit there was a glitch or prove there was ..  anyway, I DO appreciate you guys reading my posts and offering the advice. It’s a shame really.

I totally understand your anger.  Just keep in mind an honest mistake was probable made and fixing it isn’t as easy when it’s a blacklist.

Please follow through with the FCC.  There is still a chance the blacklist will catch up with your phone (hope not)

File online with Better Business Bureau too. I actually got email from ATT office Manager to ATT President.  Still waiting on my situation.