Blatantly lied to and ripped off

I needed a phone with the ability to hold 2 sim cards from different carriers, so I could stop carrying 2 phones around.  After some research, S22 ultra can do it. I had Verizon, but they wouldn't cut me any deals on a new phone. Then AT&T shows up to change my modem and I tell the store manager (apparently they make house calls now?) what I'm looking for, he says he'll knock $800 off for my trade in, and I can pay it off in a month, to unlock it, so I can use 2 sims. It was made very clear that I was only switching for that reason.  After a month I see that the credit isn't showing up on my bill. I talk to the manager again, restated the whole reason I switched from Verizon, he says he'll handle it. Another month later, still not fixed, he ghosts me completely.  I call customer service and after being told that I am lying, then that I misunderstood,  I'm told that they won't do anything to help me. If I want to pay it off to unlock it, there's no credit for the trade in, and they won't return my old phone. I have text messages from the store manager that prove he told me that I could pay off the discounted price to unlock the phone. I get a customer service manager on the phone, and she won't even acknowledge that I got ripped off. All I can say is that I promise that this will cost them more to rip me off than to stand by their word. I'm canceling my internet and cell service. I'll pay off the phone, so I don't hurt my credit, but this is immoral at best, and most likely illegal. 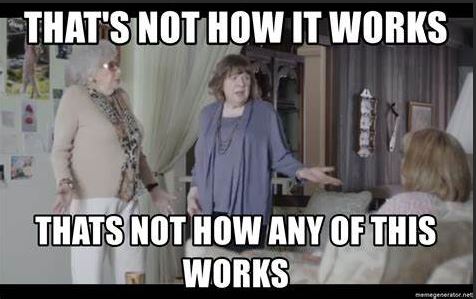 all deals are posted online regardless of anything anyone told you

Are you kidding? It's my fault for listening to a representative of the company? Instead, I should have ignored the store manager, and sought out a contract online , read 100 pages of legal speak and done all my own research? Then why have sales people? Why have experts?  Why doesn't every business in the world work that way? "Don't take your car to a mechanic! Just go online and do all your own research. Then fix it yourself!" It's becoming more clear that it's not one bad apple at AT&T, but more likely the culture. Do they teach that in the hiring process? "If a customer gets lied to, to make a sale, and complains about it, just tell him it's his fault, and that he should have done his own research".

You weren't really ripped off, you'll just have to wait longer than expected to unlock the phone. Since you were already carrying two phones, it won't change your life at all.

I'm not sure why you said Verizon wouldn't cut you any deals, they are advertising the exact same promo for the S22 Ultra.