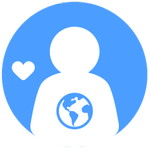 Hey guys I’m new here getting no help from AT&T so I’m asking you guys for any suggestion.  recently I have placed a claim with asurion to replace a lost stolen phone. A iPhone was sent out to me but this phone they sent me is blacklisted.  I know this because I tried to get it unlocked and it says we cannot unlock this phone because this phone was recently reported lost or stolen. so I checked other sites T-Mobile, Verizon, Sprint and it all comes up the phone is reported lost or stolen. so I go back to my receipt and get the old phones Imei number and put that in those websites and that phone is not blocked Or blacklisted it seems the wrong phone was  blacklisted. so I try to explain this to AT&T.  they say they can remove it from the block list from AT&T’s network so I’m able to use the phone but now I’m unable to unlock it or use it overseas because it’s blacklisted. I call AT&T back and explain to them that is still On the blacklist then they gave me some insane story that someone called in and reported the phone stolen. I know that’s a lie because neither I or my husband  has called in and reported the phone stolen now they’re saying they need to speak to the account holder.  I am the account holder!!! and they’re denying that. I gave them all information that they need to verify me and they are still denying it. I’m at a lost of words and options. Does anyone have any suggestions?

Your post is unclear.  If Asurion sent a replacement  phone, and it’s blacklisted and won’t work, Contact Asurion.   They are suppose to send a working phone.
If you are referring to your OLD phone, that you reported lost/stolen - YES.  Your old phone belongs to Asurion and they blacklisted it.  Once you make a claim, you don’t own the lost or stolen phone anymore.

No they sent me a new phone that is now say it’s blacklisted. The old phone is not coming up as blacklisted. Asurion says talk to att because they are the ones that do the blacklist. Att says talk to asurion because att gets the info from asurion. Att says someone called and reported the replacement phone given by asurion stolen. If someone would like to call me or contact me privately so I can explain in greater detail lousy let me know

You won’t get a call from posting here.   File an FCC complaint.

I’ll explain again. I lost a Iphone asurion sent a replacement. Since Ive had the phone it would get suspended automatically on its own several times and each time I would go back in to the app And manually reactivate it. Then I called att to see why the phone was being suspended without me suspending it. I was told that the phone was reported lost or stolen. When investigating att found that the wrong phone was put on the blacklist. Meaning my old phone that was Lost was never put on the blacklist (which mean who ever has the lost phone doesn’t have a blacklisted phone) instead they put the new phone on the blacklist. Att said they would take it care of it. The phone no longer gets suspended but it is still on the blacklist. I know this because I’ve tried to unlock it and it says the phone can’t be unlocked due to it being previously reported lost/stolen. Asurion says it shows it’s ok on their end and att says it’s on the blacklist but not blocked from the network . I know this sounds confusing because it is confusing and weird. So now I have a phone that is forever locked to att

Yes, I understood your second post.  Fine a complaint against Asurion, they gave to send you a working phone.   This isnt a problem caused by AT&T, so they cant fix it.

Something similar happen to me. I lost my phone. I reported they send me one refunished and blacklisted i called them and said to make a report again and send back the blacklisted. And wait 24 for aproval. I waited 24 hrs and called them back they said i have to call att because i have a payment arrangement that i need to pay first. I pay my payment my acount its up to date. Icall them again now they said i need to wait 24 hrs for the system to clear my payment. Wich is ridiculous. It passed the24 hrs i call them and nlw they said when they recieve the phone that i send rhem back they will sent me anotherone. Once i recieve my phone i will discontinue my insurance its. Been almost a week without a phone. Wich it wasnt my fault.