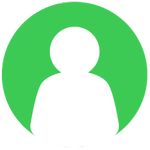 AT&T has failed to properly prepare for the  anticipated end of contract negotiation with Nexstar - resulting in the loss of ABC station, a MAJOR network. This continues to happen, as in the past, when other channels were removed from the lineup - as your customers continue to pay increased costs in service. We set up another TV(purchased an antennae) that would give us this basic channel for the interim - assuming we will get the channel back at some time in the future!  I think it's time to contact other providers who can provide continuing service that we PAY for and don't get with AT&T.

When is NBC coming back to U-Verse? This is getting ridiculous. Thank you.


IRVING, Texas – Nexstar Media Group, Inc. (Nasdaq: NXST) (“Nexstar”) set the record straight today with legislators, regulators, consumers and others related to ongoing negotiations between the parties on a distribution agreement that will allow AT&T to continue to offer Nexstar’s highly rated network and local community programming to its subscribers.

The misinformation campaign began when AT&T indicated that “Nexstar pulled 120 of its local broadcast stations…” Nexstar did not pull its stations or ask for their removal from AT&T’s DIRECTV, U-verse or DIRECTV NOW platforms. Rather, Nexstar’s offer for a 30 day extension would have allowed consumers in the affected markets to continue viewing their favorite network shows, special events, sports, local news and other programming while the parties continue negotiations.

AT&T in its “External Fact Sheet” and in communications to elected officials, erroneously asserts that Nexstar has been involved in blackouts with Cox Cable, DISH Network, Charter Spectrum “and others” when in fact Nexstar has never had DISH Network or Charter Spectrum remove its stations from their consumer video offerings. The facts are that Nexstar has established a long-term record of completing hundreds of agreements with multichannel video programming distributors (“MVPDs” or cable TV, satellite TV, telecom companies) for the carriage of its television stations and is proud that it has never, in its 23-year history, had a service interruption related to distribution agreements of the magnitude of the AT&T/DIRECTV interruption. Over the past 20 months alone, Nexstar has successfully renewed more than 390 distribution agreements with cable providers for the carriage of Nexstar’s stations, including a new agreement with Cox.

In contrast, following its 2015 acquisition by AT&T, DIRECTV has been routinely involved in disputes with content providers and has dropped or threatened to black out network and local community programming from Viacom, SJL Broadcasting/Lilly Broadcasting, and others. AT&T also fails to inform readers that between May 30, 2019 and June 10, 2019 alone, AT&T/DIRECTV customers lost access to the network and local content of at least 20 other non-Nexstar stations due to its failure to reach fair agreements with ten other broadcasters. At this time, AT&T has disputes with broadcasters and dropped local broadcast stations from several station operators (including Deerfield Media, MPS Media, GoCom Media of Illinois, Howard Stirk Holdings, Roberts Media, Second Generation of Iowa, Waitt Broadcasting, Mercury Media Group, Northwest Broadcasting and Nexstar), resulting in concentrated black outs of local programming and service for its customers in thirteen U.S. markets (see table below).

Notably, in addition to its ownership of DIRECTV — the nation’s largest direct broadcast satellite service provider and in some markets, the sole source of a broadcast signal — in 2018 AT&T acquired Time Warner including global media and entertainment giants Warner Bros., HBO, Turner and CNN.

A little more than a year after putting DIRECTV together with Time Warner, AT&T appears intent on using its new market power to prioritize its own content at the expense of consumers, and insisting on unreasonable terms that are inconsistent with the market. As measured by stock market capitalizations, AT&T is approximately 50 times larger than Nexstar and the size disparity is even greater relative to the other broadcasters that AT&T has currently blacked out. As one legislator noted in his letter to AT&T’s CEO, “This cutoff seems to have the sole purpose of enhancing DirecTV bargaining leverage – with severe harm to Connecticut consumers.”

Perhaps the most egregious of the AT&T statements since they removed Nexstar and other broadcasters’ programming is, “We have asked – and will continue to ask – Nexstar to restore its channels while we work privately to close an agreement that offers our customers the content they want at a value that also makes sense to them.” Apparently AT&T’s attention over the last week has not been on its customers and viewers that it has deprived of local programming as Nexstar has repeatedly reiterated its offer to AT&T/DIRECTV of an extension through August 8, which would have provided viewers with uninterrupted access to their favorite network shows, special events, sports, local news and other programming until a new agreement can be reached.

Nexstar wants nothing more than to bring its programming back to viewers by completing a new fair market agreement with AT&T and continues to negotiate in good faith to establish a mutually agreeable contract with DIRECTV. Nexstar has offered AT&T/DIRECTV the same rates it offered to other large distribution partners with whom it completed successful negotiations with in 2019 to date.

Nexstar remains hopeful that a resolution can be reached immediately, but should AT&T fail to come to terms with Nexstar, Nexstar intends to continue to actively educate consumers in affected markets on how they can continue to receive their favorite network programming, in-depth local news, other content and programming relevant to their communities, and critical updates in times of emergencies. AT&T’s attempts to disparage Nexstar will not be tolerated and their misguided efforts to fool their viewers as well as legislators and regulators, the investment community and the public at-large warranted a response.

Consumers and viewers affected by AT&T/DIRECTV’s blackout can contact AT&T/DIRECTV directly at 208 South Akard Street, Dallas, TX 75202 and by phone at 855-567-1569or 210-821-4105. Viewers affected by the loss of service from DIRECTV have several alternatives to continue watching their favorite shows including local cable providers, DISH, over-the-air, certain subscription streaming television services, and services such as Verizon’s FIOS.

Select List of Markets Without Service From More Than One Major Network:

Elizabeth[edited for privacy-please do not post personal or unique information such as but not limited to full names, employee ID numbers, email addresses, phone numbers, account numbers, etc.]

I plan to take legal action and contact my congressman as well. The people of Connecticut contacted their congressman and he was able to get the channel ABC back for them.

I realize that ATT is in negotiations with Nexstar, with regard to NBC in Bakersfield, CA.  I have been without NBC for several weeks now.  I have home phone, cell phone, Uverse TV and internet bundled.  NBC is the station I watch the most for news, The Today show and many other programs.  If this issue is not resolved in a relatively short time, I believe that I will be taking my business elsewhere.  We are paying for this, and not getting what was promised.

I tried to get an email address for corporate HQ, but apparently there isn't one.  So if I can't talk to a living individual about this issue, which doesn't seem to be possible, what is left for me to do?

I know ABC is gone because of a contract.  That is my mot watched channel.   I pay a lot of money (which I was screwed and Direct TV failed to correct, but I stayed with them despite the fact).   I am now considering canceling and go back to cable so I can I have my favorite channel back.

So how much more to you want to pay to get it back?  Have fun moving to another provider when your new one is hit with this problem.

Thanks for posting the real info regarding why local stations are getting dropped, not the pablum that AT&T is shoveling at us.  I'm giving them a week to get it fixed or it's adios AA&T/Direct-TV and hello Dish.  If we lose CBS I'm gone immediately.  Talked to Direct TV, no reduction in my bill or additional channels, they wanted to send me an antenna, just what I need, more equipment.  I pay them (a lot) for my service, maybe not much longer!

Here's a suggestion. File a complaint with the FCC. Ask that the FCC allow service providers to deliver another network station instead. That would stop this BS in a heartbeat. After all, these corporations get to use our public airwaves for FREE!

I see there is no credit on my bill for being without these channels all this time. In fact my bill is $1.30 higher than the previous billing when I had full access to all the network channels. This puzzles me. If AT&T and Nexstar are thinking we will just keep paying and not receiving they are mistaken. Contact or not we are not getting the tv promised so maybe it’s time to move on. And while they are both pointing fingers at each other viewership, ratings and customer bases will continue to drop. Work it out people or take my wallet out of the equation. Getting old and very frustrating.

The 1.30 higher suggests maybe a discount has expired or a package/equipment was added.

Regular rate increases are once per year in the first 2-3 months.

If you want a credit, I would suggest calling in. The local channel fee to be without one (maybe two) affiliates is part of $5/mo. Any promotional offer extended by the retentions department would he much better than part of that $5/mo. I've been getting $30 or more off per month for the past several years.

Yeah amazing how we’re locked in a contract 😜 but when they have problems
“Oh well” with no discount or any insensitives. I’m with you dish here I

I Want to know why two sides can't come to an agreement of KNWA NBC/FOX/NFL Network... You Can't use your DVR which your paying for extra money for that DVR service yet ATAT thinks everybody uses Directv no offense but I'm not a big a Directv Fan I prefer Cable It does better when it rains and the signal doesn't go out now back to my point ATAT is trying to get everybody with Directv to switch to the Connector to connect to the Antenna they have on there Satelite but yet those who have ATAT U-Verse they basicly telling us were out of luck and have to go buy our own antenna can't even record our fav shows like master chef and america's got talent I've come to realize there isn't much else on tv that I care for anyway at the end of my contract I'm seriously thinking of going somewhere else or trying something like youtube tv. It' s Called Corporate greed and the blame game no one is ever at fault except for the two parties that can't agree... They ought to be ashamed of themselves.....

When am I going to start receiving NBC broadcast TV again?

If no agreement is reached between nexstar & directv I will be unable to watch my regional nfl games on fox. Will I be able to watch these games on Sunday ticket even though ticket normally blacks them out?