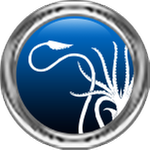 I am paying for Center Ice, but something went wrong with the service after the free look. Last night, I was not able to watch games, but the channels became operable after the games when the post game shows came on. Also I have been unable to sync the package to my mobile devices or Apple TV. Had bad service experiences with this via phone. Technical issues happen, but it's frustrating when you have to repeat the same info over and over, and get bounced around (3 times on two separate calls addressing the two separate issues). The service people do not know what they are doing- one person last night said there is no channel 785, and that perhaps I could not watch the game because it was rained out. The technicians need to escalate issues when it is clear they don't know what they are talking about.