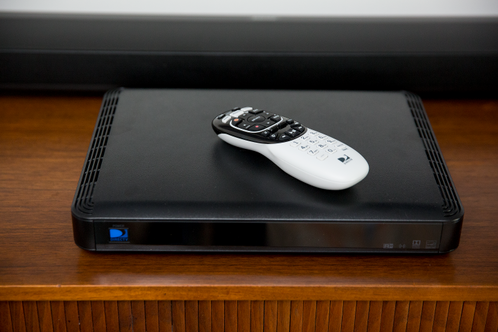 What You Need to Know

This modern refresh to the user experience improves the visual design for all screens in the receiver UI.

Visit each link for more information regarding our redesign:

Learn more about the Redefined Menu, Playlist & Guide in article above.

We have collected feedback from customers and will be making various improvements to the new user interface in several software enhancements beginning this summer.  Here are some of the key improvements we’re making:

Your feedback is important.  We will continue to make improvements to the new user interface as customer feedback is received.

The new update makes a customer use more buttons and is not very user friendly. I liked the old one. You selected your show in recordings and you could see all the recordings watched & not yet deleted, & new not watched. Sometimes in a household episodes are watched individually and not as a group. This means that each individual in the home my watch different Episodes @ different times. That means when you select your show you don’t necessarily want the “newest showing, which is the default response in this new update.

Now with new update I see episodes that have not downloaded from demand, they are sitting there for me to accidentally start. Accidentally starting a demand Episode could be just what I need to cause me to go over my data limit. I only want to see what I selected to record, first runs, I want nothing from demand unless I go to demand and press record. Before I could tell if I watched an episode because the title was dimmed, now I have to look at everything to determine if I watched it or not, that is how I accidentally start a demand download. Every Episode is bolded so I don’t know what has been watched and all the demand Episodes make it time consuming to just watch your favorite show!

Also i like to delete Episodes when everyone has watched, so I know which one to watch next. Even after deleting an Episode, the demand Episode is still sitting in my recording list. I want the option not to see this demand Episode.

Also right now, I don’t know why, but when recording a series set to first run I have to make sure that the demand Episodes do not download, which it will do unless deleted from management list. For me, this demand downloading always causes the error message on my tv that I am having some sort of internet problem. I pay for the highest speed internet available to my home, so if it is an internet speed problem it is AT&T’s fault. Customers should have the option to Not Allow demand Episodes unless selected special or set in options to do so.

Being able to record my favorite series should be a no brainer. Now, to prevent demand downloading I have to select each Episode in a season to exclude demand Episodes from downloading. This is so frustrating.  Since the new update I have to spend so much time checking that demand Episodes are not in the management list, and that the next new Episode is set to record. Should not be this way. Selecting a current season to record should just record from guide, not from demand as well. want to do binge watching set that up in demand recordings not in guide recordings.

Another big problem is selecting Seasons. Do it wrong and you get every Episode from every season recorded each and every time it appears in the guide and on demand. Need an option to select current season only along with option not to record demand Episodes

I am also having a problem with  no response after pressing Menu. it will not move through the guide or scroll down to recordings.

I especially would like to see a great improvement to the recordings section and not just font improvement.

My system did not take a full update. I have the HS17, 2 C61k and 2 C41W. The Guide and Menu did not change, some things in the setting were updated to the new UI. When will the rest of the system update?

The new interface does not display the time the show was recorded. This is a very important feature to how we sort and use the list of recordings. Is there a way to get this information displayed?

Why would directv change the look of the guide to this.  Impossible to read and see.  This is awful. You would think that the person that done this could have done better than this.  FIRE THIS PERSON. THEY NEED TO CHECK WITH THIER CUSTOMERS BEFORE DOING THIS CRAP. VERY VERY UPSET WITH MY SERVICE NOW

Thanks for making it more difficult to understand what the heck channel I'm on, changing to, or even better to not be able to see. I do not blame the person who created this idiotic change but I rather blame the person who approved the change as being better than it was. You have ruined my experience with my TV now and I am now seeking another service to possibly switch to. Something with a lot more clarity and consumer friendly. I am ok with changes to improve or make it better but this stinks now. Thanks again for screwing it up.

So after this new update to the genie 2 user face looks totally different and has quiet a few glitches .

screen changes icon added channel guide letters too thin to read & you can't see to read. I'm going to have to leave Direct TV because your making stupid changes again that nobody asked for or wanted then you  don't want my $174 - $240 monthly payment ill give my money to someone else too many others out there waiting on me to call them you are DUMB DUMB people I bet you use your own in house employee's  to determine if the changes are good or bad bet not many come up bad DUMB DUMB

Thanks for the feedback! Our Menu Change article goes over the changes. We will be passing along the feedback.

The latest Genie update has some serious problems.

1. It has slowed the startup time for my system from about 25 seconds to over a minute.

2. The menus have been made smaller with smaller text and more data displayed and with non-contrasting foreground and background so that reading menu screens is extremely difficult for persons with even modest vision issues. Add to that, even with a 65" TV located 12-15' away it is nearly impossible to read everything. And yes, I have adjusted the contrast on my 4K Samsung TV to everything I can.

3. The bar displayed on fast forward greys out at least 1/3 of the live screen so it becomes extremely difficult to find the point at which one would like to stop and watch, wasting much back up and rewind time.

4. Placement of the FF bar at the bottom wipes out most sports time and score info needed to know where to stop.

5. The almost opaque nature of the FF bar hides too much - make it transparent.

6. Your new "do everything from any screen" idea makes some very common operations far more complicated. Plus we have to learn a whole new set of macro commands for the genie and some of us still have older DVRs in our system to remember how to use, too. We have multiple DVRs because you have not yet given us the option of backing up our recordings so we are subject to disk crashes in which we lose everything (I've had two 4020s and a Genie go south on me.)

Thanks for the feedback. I am merging your thread to our Menu Update article. I will be sharing the feedback our members have their.

Is there an easy way to get to series manager with the new update. Right now it’s like 5 steps to get to it.

Thanks for the feedback. I am merging your comment to our Menu Change thread so we can track all the feedback.