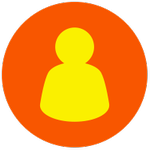 In diagnosing a problem with my AT&T U-verse remote, I discovered that the Weather Channel on-screen app (U-verse channels 225 & 1225) interferes with the function of the remote's number buttons. Once the app is on screen, the receiver no longer recognizes signals from the number buttons. One has to use the remote's channel up/down buttons to restore function. This has been a big problem for my efforts to give my 97-year-old mother a usable (ie simple) remote. I purchased a 3rd-party simplified remote (Flipper) that allows one to program favorites that can be navigated with its up/down buttons. But the remote sends number signals corresponding to each favorite channel, so just like the AT&T remote, the receiver doesn't recognize those signals once the Weather Channel app is on screen. So once Mom tunes to the Weather Channel (a favorite), she's stuck there.

Let's address your issue. I understand you're looking for a way to disable the buttons, however you cannot do this on the On Screen App, but what you can do as a workaround is go to the normal weather channel (none-App version), which shouldn't block the signals. You can look at the channel guide to find out what channel that would be.
Hope this helps!

Thank you for your suggestion, Mihai of @ATTCares. If by "the normal weather channel (non-App version)" you mean the non-HD version, that was one of the first things I tried. However the on-screen app runs on that channel too (#225 in my area), causing the same problem with the remote.

I trust you have alerted the appropriate AT&T technical staff about this problem. If not, please do! Thanks.