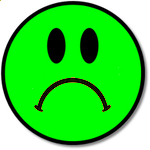 Series are not being scheduled for record (need confirmation)

I just checked my recording schedule for next week and starting this Sunday 2/17 and noticed none of my normal series records are scheduled to be recorded and the schedule only goes out 9 days as opposed to the usual 12.  The grid however still goes out the usual 12.  The series are still listed as series.  They didn't go away.  Just none of them show as scheduled to be recorded.  If I take one of those programs and reschedule it for series record then it gets scheduled and of course then I have two copies of it in the series list.  I certainly don't want to do this for every series especially if the new ones stop scheduling too.

Basically it's acting like the data for those series I have flagged for series record is not being used for the scheduling unless I create a new instance of the series in that list.  And at this point I don't even know if the new data will stick.

So I just want to know if this is a "glitch" unique to me or are others seeing this too?  Is it regional (I'm in San Francisco bay area)?

Note, there was a similar thread about a problem like this back in November.  Just wondering if it's now my turn in this area.

I figured I start a new thread on this problem in case it isn't related to that other thread.  But just in case it is, @DavidCS are you listening?

Don't ask about the usual troubleshooting steps.  Of course I did them!

@ATTHelp why close a post that is still providing the most up to date solution?  It's an ongoing bug.  It's not customers fault that in 4 years att still is dealing with the same bug.

But @marchem if they do close this post you are welcome to join my other current post regarding this issue. Even if your probably is only90% the same.

Scheduled Shows are not being updated when Guide updates | AT&T Community Forums (att.com)

@madmax988 , what is the link to your current post?