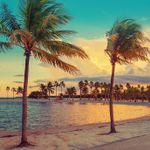 On Dec 3, I called Uverse and wanted to see if a technician could come to my apartment to see if it was possible to 'move' my ATT router from the home office to the adjacent room (kitchen)
The day the tech arrived, Dec 5, my service had gone completely out just before he arrived. When I told him, he said that was because the order had been taken as a MOVE, not to the next room, but 'move' as if I was moving to a new apartment. I live in a large building with more than 200 apartments. But I have had Uverse for years at the same exact address and apt nothing. Nothing had changed.

The Tech told me that it wasn't feasible to move the router to the kitchen since there was no coax cable there, it would too difficult. OK, no problem. So he instead went to the main telephone and switch room in the first floor of our building and managed to reactivate our Uverse service.  Perfect, no problem. Then he left and later that night our service was cut off again. Even though he thought he had 'cancelled' the service, the system still had me set for a new installation and not even I could cancel it. Meanwhile, when I logged into my account, I'd get notice after notice to return my old equipment even though there WAS NO OLD equipment, I had exactly the same equipment, nothing at all had changed at my apartment.

I have spent hours on chat with very nice and seemingly competent service reps, including once a supervisor and once a Level 2 tech. I have the transcripts. In one case, the service rep told me on Dec 5 (the first night of the problem)
"

Call customer service and say you want to cancel service. That should connect you to a different customer support group that can hopefully help you.

OK, I will give it a try - thanks - seems crazy though that you actually have to threaten to quit the service to get it fixed - will drop a note here if I have any luck