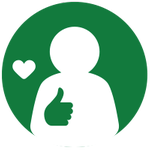 DVR function for UVERSE since conversion to local AT&T fiber

I allowed AT&T to install fiber to my house at the end of July.  They kept knocking and asking and since I have been with At&T so long, I said okay.  I want to keep the Uverse however and was told no problem.

The young mand installed and could not get the existing combo utility/DVR fuction box to accept the account info of the new fiber set up.  So he called ATT tech services and they ordered a third box to sit by my gateway and provide the DVR function.  I still don't have it although ATT told me that it would be here in three or four days.  when i put in the Fed EX tracking number, it tells me that the box still has not shipped.  Help

Hopefully someone from ATT can see this and direct me to quality control.  Calling the customer support number many times has been fruitless

I'm not sure what's going on here.  There's nothing all that special about having U-verse TV with Fiber.  The only issue that hits some people is if your U-verse equipment was connected via coax cable.  Is that your situation?

My uverse was connected with cable until the fiber install at end of July.  uverse used a dual function box (DVR is one of functions) and it was installed with one of my two tvs.  When ATT installed a new single function box at each of my tvs, then a third box was neded for DVR function which is the one that was ordered.

Making a few assumptions, it does seem to me that:

1) You were using Coax, and

2) You therefore had a Gateway that had a Coax connector, and

3) You just had a BGW320 installed, which doesn't have a Coax connector

Since the DVR cannot be connected wirelessly, they needed to do something to connect the DVR without using coax.  Apparently running Ethernet to one of your TV locations is not possible.  So, they should have put the DVR receiver near your Gateway and connected it via Ethernet.  They SHOULD have given you another wireless box.  They SHOULD have done both of these things before leaving your home.

Normal support will not be able to help you.  You'll probably have to open a case with the BBB.

Hi QuartJar, we'd be happy to help you with your DVR.

If you still haven't received your new receiver after the holiday, let us know, and we'll check your account to see if there has been a delay.

If you need help with anything else in the meantime, please let us know.

How in this world do I get in touch with you?

You can post your update here on your thread, QuartJar.

@QuartJar everything jeffermc said is correct

Also how many tv's do you have in total?

I have two tvs.  Before the tech came to install fiber, I had two boxes (one at each tv).  the first box was a ISB 7500; Internet set-top box; Basic sd/hd with DVR.

the second box was the ISB 7005 basic sd/hd with wifi.

when the tech tried to re-use the boxes, he could not get the 7500 to accept the accounts.  so he removed the 7500 and put a 7005 in it's place and told me he would hook it up with ethernet cables but because of the way the drops are situated in my house, he had wire d(Edited per community guidelines)d over everything.  When I saw how it would look, I told him that we were no doing that.  So he stopped, and called support and the guy from support and he both talked to me and told me that another box would be delivered in no more than three days.  That box was going to be a Arris VIP 2262_V2.  the FedEx tracking number is 602029690920.  You can see that it was to be shipped on the 11th of august but has not been yet.  Fed Ex tells me that ATT has not given them the shipment yet. JefferMac is correct.  There was a Coax screewed to the back of the gatway and to the back of the dual function DVR box.  When I read what Jeffermac said, I called the tech that had tried to install but he has not called me back.  I texted and called again today twice.  He is a very good young man and I am sure he did the best his knowledge would allow.  The support tech that we spoke with called himself Willard and spoke with a strong accent but seemingly was knowledgable.  Anyway, I have told everyone (including AMINAH) via this long story everythin that I know.  I would try to hook up the old box to the gateway or the first tb using the coax but I doubt it would do any good since the tech that visited was removing cabling, etc that was haning on the outside of my house.  If you guys think it will do any good I will try.  By the way, I live in Newnan GA and Tyler was the ATT tech that came to install.  Thanks