I have had U-verse for several years now. About 2 months ago we started experiencing stuttering and occasional freezing of the picture. It is random, but seems to occur in the evenings. It happens during live TV and recorded shows. Also happens on all TVs. I called U-Verse support last week and they sent a tech out. He replaced the gateway, the modem and the DVR. However, the problem persisted. So I called again early this week and another tech came out. He said our signal looked good and didn't know what the cause could be. He check all the connections and found the Ethernet cable from the gateway to the DVR was not pushed in all the way. He pushed it in and he and I both thought that was the problem, so he left. However, the problem still persists. We were watching a show last night and it froze, went to a black screen, no sound, then after a couple of seconds started playing again. There were some stutters as well.

My DVR sits right next to the gateway and is connected via an Ethernet cable. Two STBs are connected by coax. One STB is connected wirelessly.

Below are my Broadband Stats: 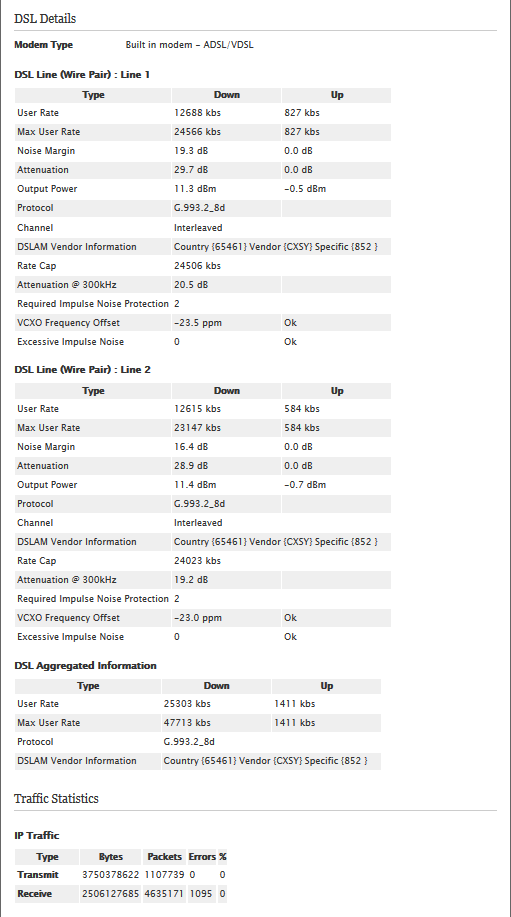 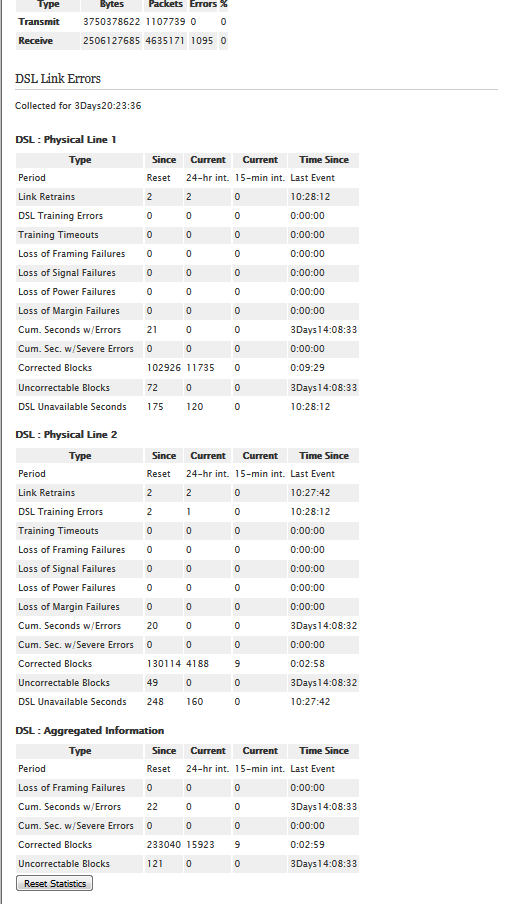 No. The tech had to reschedule.

I will make another appointment for a tech. And will report back with results. Thanks.

No one came so I will make an appt myself

U-Verse tech came out yesterday afternoon. I explained my problem to him and told him about possibly replacing the F-Card. He said he though it was the DVR even though it was a "new" DVR. He said he didn't think it was a card issue due to the fact that my modem/gateway was not rebooting. However, he was willing to swap the card if there was an available slot. Unfortunately there wasn't. So after discussing the problem with him further, we decided that removing coax from the configuration would be a good next step. So he replaced my two STBs that were connected via coax with wireless STBs. He said if the problem reoccurs, to give him a call and he will drop ship a new DVR. I will see how things go this week and report back.

Thank you for sharing, did the tech check for foreign voltage (FV) on back on any equipment or gateway?

The FV Detector is big orange rectangle device roughly 6*3*1 with lights on side showing voltage levels.

My personal experience (about 6 years with company) is still a card related issue due to low UPstream.

And unfortunately cannot really lower the profile as the next one down from 25/2 is 19/2 and offers 2SD/2HD for tv inputs.

While K or N card change might not be possible generally there are other ports available on same or different F cards.

Admitted you maybe in an area where capacity is nearing 100% and not many choices (been there), if so hopefully either cards will be upgraded or expand the VRAD if enough demand exists for new subscribers. A standard shelf has 4 cards, each card has 48 ports thus 192 possible connections.

Are you contacting a tech to come out to correct the freezing screen? I don't know how to explain the cards you say may be the problem. Please advise and when they would be coming.

@my thoughts, the tech didn't test for FV inside my home. Or anything else for that matter. He did some testing outside at the NID, but I don't think it was for FV as he didn't say anything about finding any FV.

As for the F-Card, the tech told me that the only cards in the VRAD were F-Cards and that none had available ports. He said that there wasn't even availability for new service. So I would assume the VRAD was at capacity.

The freezing and pixilation continued tonight. At the same time, my wife complained about the Internet being slow. I ran a speed test and found my download speed was less than 5Mbps. Normally it's about 18Mbps. I decided to reboot the gateway/modem. After the reboot, my download speed returned to 18Mbps and the freezing stopped. So it appears that the problem is either with my gateway/modem or something outside my home.

You know my answer, limited upstream will affect download (example dropbox, P2P, torrents and such) however in your case having less than 1.5M upload is the issue (my sincere belief).

Resetting the gateway simply forced the gateway to resync, there is some room for variences but running above 90% capacity on upstream will cause issues and your likely 99-100% of capacity.

All you can do is keep creating tickets till someone decides to update the cards or consider a different provider.

Sorry to be so blunt, but the truth is about budgeting and where to spend the limited money each department receives.

Someone above the groups you have access to has to make that decision to keep customers or lose customers.

I understand. I actually work for AT&T myself, so I know very well how things work. Thank you for your help.

"Bell System" tech, and I can't get over how lousey the company is now. The clusterf*ck that was "Divestiture" has produced an AT&T that I hardly recognize. The Serve support is atrocious. They got a book of "scripts", and a group of the laziest "specialists" in Tech Support that I have ever heard of. They troubleshoot every problem with the same dry "First step", regardless of the problem. I've been in telecommunications for 51 years, since 12/1968, and the deterioration of the "Bell System Standards" is sad.

What else do you have plugged into the gateway? From one of the posts it looked like it was taking a lot of Fec's.

Could you define "Fec's"?

As for what else is connected to the gateway, I have the small WAP that connects the wireless STBs. I have a Digital Life network interface that runs ethernet through power lines. And I have a TP-Link wireless router that I use to connect my other network devices. The TP-Link is on a separate subnet though.