Announcements
HBO Max - where HBO meets so much more! 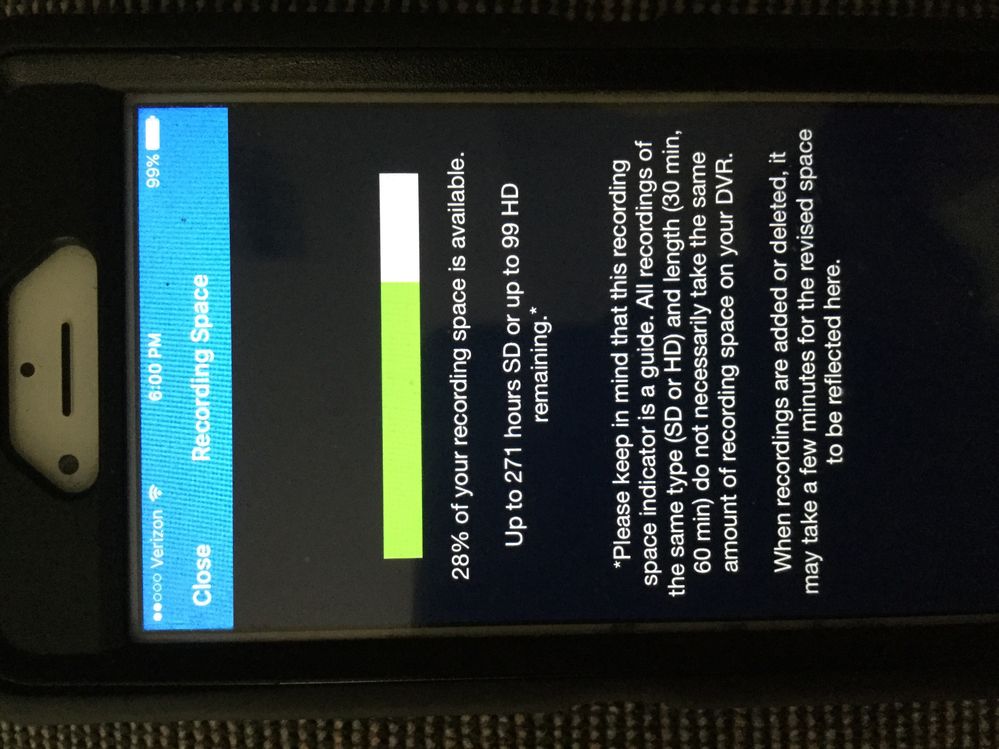 DVR storage capacity stops keeping track when it gets down to 19%/ 69 hours HD remaining.
while the DVR said 69 hours free the uverse app says it has 99 hours 28% free.

If I record something at this point it does not delete anything on it's own to free up space and it remains at 69 hours free. 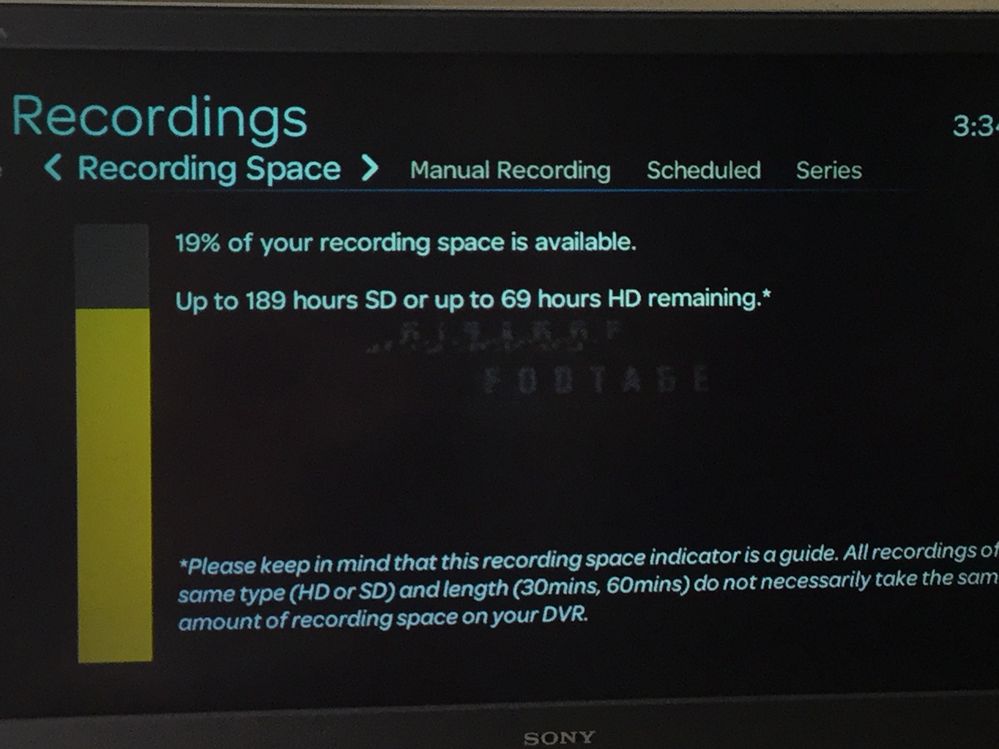