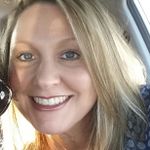 WHY AM I CONTINUOUSLY GETTING CHARGED FOR HBO?!

I have never seen anything like it.  Started my subscription with At&t last year, got 3 free months of HBO at the start.  I'm not a big fan of HBO, so I cancelled the free-view prior to the end date.  However, since that time I am charged EVERY. SINGLE. MONTH. for this service that I do not receive.  In addition to this, I have to call or chat with AT&T EVERY. SINGLE. MONTH and explain their error to them over and over.  I have spoke with some very confident employees who assured me that "they took care of the problem and I wouldn't be charged one more month for the HBO I do not receive".   But not one person has solved this issue.   The last time I called customer service, I asked for a supervisor.  I was told that I was not able to be given information about a supervisor or whether there was even a supervisor in close proximity.  I am over it.  I have never seen such a ridiculous error that can't seem to get fixed.  What do you teach these employees?!   So, fast forward to last month.  I called THREE times during the month to have the erroneous $26 fee for the non-existent HBO to be credited to my account.  It wasn't credited until a few days ago when I finally reached a guy on chat that immediately credited the amount.  This resulted in a late charge for the upcoming month's bill.  UNBELIEVABLE.   I am resorting to posting my frustration here and private messaged "AT&T Cares".   We will see just how much they care.

Did I mention that my upcoming bill has A CHARGE FOR HBO AGAIN!??!?! I am pulling my hair out.  Seriously.

Thank you for bringing this to our attention via the Community Forums! I would be more than willing to assist you with this.

We have received your private message, and have sent a reply. You can find this in your Forum’s Inbox; this is located in the upper right-hand corner of your screen.

We look forward to your response!