Military Appreciation: Exclusive savings for military, veterans, and their families!
Get the myAT&T app
Learn more 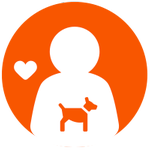 Any one know who to contact for escalation on continuously having billing issues and errors with Uverse products and promotions? My bill randomly went up $60+ after I received a set top boxer receiver replacement since my previous equipment failed. This happens EVERY TIME I contact technical support about faulty products, my bill changes. None of my promotions should have expired but I'm seeing a number of them removed which is likely my bill increased. No one seems to be able to help. Calling billing and chatting online has not helped the issue. This is extremely frustrating since this has happened more than 20 times now, yes I have kept a log of all my billing issues. This is so infuriating! Any help would be appreciated.

I have  the same problems, with telling me that I owe money when I do not. I also consistently have problems logging in to the My ATT app AND I also had a technician who changed my login information without my consent. From there, logging in has been one big problem. I am constantly dealing with password issues.

They also do not keep accurate notes when calling to dispute a billing issue and they do not take complete notes and will go so far as to actually remove notes from their system.

I have also had payments that were to be applied to my U-Verse, applied to my cell phone bill and vice versa. I do NOT have a bundle and I know how to click the correct link! And the bill goes up instead of down whenever there is a dispute.

Also, they bill a month in advance AND my billing date has changed more than once.

Last month, someone on the AT&T end committed fraud by taking money for a cell phone payment from a credit card that was NOT supposed to be on file AND did so without authorization! I also had someone from AT&T change all of my email sub account passwords (I received letters notifying me that the passwords had been changed and when checking into the issue, it was determined, by AT&T that a technician had done this, again without permission!)

Right now, I am dealing with more erroneous charges!

The reps, all but one, lied regarding on how to deal with the issue. I am exhausted by their constant incorrect billing, changes in billing dates and added charges.

Despite having paper billing (in order to continue to keep up with my bill) and reading the information regarding these bills to them, they are always insistent that I am incorrect. I can have a zero balance and WHAM, they will come up with additional charges. They've even added late fees that carried over to the "next billing cycle," to balances that were paid on time.

After spending several hours on the phone speaking to various "representatives,"  I finally spoke to person who dealt w/pushing bill out.

But, when I called back and spoke with "MJ" (which by the way, each person should give you an employee ID aka EID or initials when you speak to them and they should place that in their notes)  who stated two previous calls showed up, one to a supervisor who did NOT place any notes regarding the call accept that I am disputing the current bill due: his statement was "insisting she does not owe this amount". He did not put his employee ID or any other information. When we were disconnected he made NO attempt to call me back.

Also, keep a log book, and write down your conversations because, for the most part, the notes the reps take are almost always incorrect or do not include all the information discussed.

I did have one rep who was professional and assisted me to the best of his ability. He was professional and helpful and put accurate notes into the system.  My issue is still not resolved, but at least after spending over four hours on the phone in the last two days (on my time off) I can deal with this at a later date.

The My ATT app is a joke that doesn't work most of the time and the customer service is seldom quality. One of out of five people I spoke with knew what he was doing and was professional. The issue isn't resolved yet, but one professional person is better than none!

I would NOT recommend U-Verse to anyone who has a choice for any other internet service in their area.

The U in U-Verse should stand for "Unprofessional."  It has become my experience that U-Verse billing is the worst. It is as bad as the installation of the equipment was, which is another topic, that took over a year to correct and finally I received a replacement box that wouldn't burn down the house and actually works. By the way, how many customers are using U-Verse equipment that AT and T knows is faulty (gets too hot) and causes their internet to run too slow or stop working? AT&T doesn't offer that information, it's hit and miss guessing game.

The "Public Service Commission" of Wisconsin has helped me in the past to resolve ATT billing issues Quickly.  If not in Wisconsin check your state to see if they have a group that handles ATT billing issues.  My problem was resolved within a week of filling a complaint and permanently!