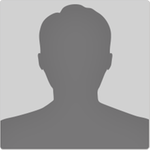 Promised $500 Rewards card, was lied to, been a customer for 2 weeks! BAIT & SWITCH

I didn't want AT&T U-verse TV, I don't want TV at all! After 10 times saying no I don't want your TV I was told I would receive a $500 Rewards VISA for signing up. I finally agreed, boy I was dumb! After agreeing and signing up, I called the Rewards center and talked for 2.5 hours as they sent me through different call centers, then they said that doesn't exist. So I'm wondering is AT&T calling me a liar, their new customer!?

This is dirty the way AT&T does business!

AT&T has now DUG UP MY YARD, DRILLED HOLES INTO MY NEW HOUSE, and LIED about their $500 VISA rewards card!

If you want to keep customers you need to live up to your own contracts and agreements!

I will not be a customer for long with this dirty company. I also have a cell phone with AT&T that I'll be switching off of because of these dirty tricks! There is competition out there and I'd rather pay more to another company that doesn't lie to me than to a company that BAITS & SWITCHES!

If you google "$500 AT&T rewards card", there are multiple forums stating the same thing, AT&T doesn't live up to their agreements!

P.S. AT&T don't tell me to contact the Rewards Center. I have already done that. And was pushed around for 2.5 hours, to be told what I was promised was not true! No one likes being called a liar!

they really should get sued for false advertising

I just spent Monday 5/6/19 doing the same thing.  I spent over 2.5 hours speaking with at least 3 separate departments to understand why I have not received my rewards as promised.  I was promised $400 in rewards to add DirectTV and ATT to my services.  I confirmed this offer with 3 different ATT associates on recorded calls prior to ordering the same.  I finally said I am filing a formal complaint demanding that my recorded phone conversations be reviewed as the associates claimed nothing was in the “notes”.  I was told someone would call me today Wednesday 5/8/19 after my recorded phone calls were reviewed and that has not happened.  This is false advertising at its best.  It is a very effective tactic as they send you through various departments, stall the call and your requests for hours in an effort to get you just to away.  However, that is not going to happen.  I want what was promised, I confirmed the deal  with the ATT associates on 4/9 and 4/12 and was told I would receive the $400 reward.  I am highly disappointed, disgusted by this whole experience as not only was this grossly mishandled but my initial phone bill was incorrect as well.