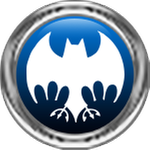 No help from ATT Customer Service Uverse TV and Internet.

I have been  a ATT customer for  over a year  now.  Going on 2 years.   When I signed up I ordered the Fiber Service.  The installer came out and was like  well I have  bad  news  you cant have Fiber  at your address.  He said I  will have to install a different package . I agreed  because at the time I did not have a choice. I was  upset because the rep sold me the Fiber Package based on my address but nope I got the downgraded package.  The price was exactly the same.  I went with it. Over the first year we kept noticing a problem the our TV and internet  going down all the time. I  would call. Get customer service in   some other country to perform  trouble shooting and resets and  it kept happening anyways. WE  just lived with it going in and out constantly. I finally got fed up and spoke to another CS agent  with ATT  and they advised they would finally get a  installer come out and check our systems  due to the many issues.  The new guy  advised oh I see the problem . The new installer said... The last installer did the install incorrectly and its to far from the pole leading to the house and did not meet the requirements  for my current package?!  He advised I would have to downgrade to the lowest possible package due to the wrong install.  I was like really?!  So I purchase Fiber get  downgraded , then fine out the installer did it incorrectly  and now I have to downgrade again.  I was fed up. I then called a CS agent with ATT. She listened to my story and never once said she was sorry for all that has happened,  I was floored? I could not believe not one person with ATT customer service would take any kind of responsibility for everything that I had been through with there services.  I was done. I was going to cancel   but didnt. Not yet anyway. I thought I would give one last call and finally speak to a supervisor (TE ) who listened again to my long drawn out story  once again. TE was horrible. He   even said (when I told him about the   incorrect install at my house ) That   it doesnt sound correct. He advised Im not sure why the installer would tell you that if he did? He made me feel like a liar.  I asked him what he thinks is fair for a customer like me who went through all that we did. He said Im not sure I understand. I told him ..ok how about a credit of some kind.  Maybe a month  credit . He rudely said not credits are due on my account.  I was flipping out! TE did not want to do anything!!!! NOTHING !!! NADA!!!! Then  I was getting heated and started to  be that customer no one wants to talk too. I ask again for a credit and he said he would give me a 25.00 credit.   I laughed!! I was just beside my self with the responses I was getting  from him. After everything . I told him to keep his 25.00 and to go buy himself dinner and think about the customer he was loosing . Worst experience Iwe have ever had with any company.  The bottom line it was not our fault and no one cared. No one Rep Agent, Supervisor. It was pretty sad.  No one has contacted us back for any reason.

We appreciate you reaching out to us, we'd love to look into this for you here! To fully assist with this issue further, we will need to look over your account and billing concern in more detail.