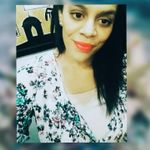 Does ATT have a moral compass?

So I initially got a internet/phone pkg bundle with ATT b/c I was paying $140 month with another major co. I wanted a cheaper bill and told the sales woman who was great that I wold infer about getting tv services possibly b4 installation date. A few weeks later b4 installation I talked to a sales guy, I told him I don't watch tv i am needing tv services for my kids cartoons mainly & I just need CNN. I stressed that I wanted a low monthly payment. He sold me the Kids Family pkg telling me CNN was apart of this pkg.deal, that everything will cost me $88 from $50 and it would be fixed rate, no hiden hikes which the other cable co.did to me. Nice guy comes to install, he calls that evening to check om service and I tell him that I have no news channels like the sales person said I would. He tells me id have 2 upgrade and he let's ATT know I complained about it. I call next day, lady apologizes saying I'll need Uverse 200. I told her I don't want a huge bill and wouldn't pay over $100. She puts me on hold, comes back says I'll get UVERSE 200 upgrade and was only charging me extra $11 a month on bill. She noted that installation guy told her I was unhappy b/c of no news channels and so it was verified aND apologized again. I stressed was this a fixed rate, $99 and she said yes for 12 months it wouldn't go up. I was happy. Well then I get second bill it's $250, I was livid. I was charged an extra fee for upgrading which wasn't my fault but guy who sold me wrong package and was never told this by lady. The fixed rate was now a huge monthly bill and more than the other company I left because of price. I call ATT and was told they didn't have noted from lady who I talked to so they cant verify if she said that but that she wasn't in position to promise me that deal and I wouldn't be getting it. Also they don't do fixed rates abd that a promotion I got expired so it was invalid whatever savings I was getting. Expired? I was part of it for 2 weeks then expired. I told them I'll be contacting legal dept. to get recorded calls of sales guy and lady b/c I am not paying a huge bill including a huge fee to upgrade a service I was wrongly sold and why I had to upgrade after we verbally agreed from beginning and I was promised a pkg for a certain amount. I was clear with both ppl that I don't watch tv abd wanted fixed low rate. They had no record of her telling me new fixed rate and verbally agreeing because she left out notes.The guy said i can switch to Direct TV or I'll pay $113 month for everything. I told him I'll get hold of legal dept. After I just paid first bill after they automatically withdrew it from my account without my permission or me signing up for auto pay. After this third bill of $170 which is for internet,phone,cable and much more than other Co . I call back after $170 bill and talk to a guy who actually first time was doing right thing instead of trying to protect ATT and told me first name of lady who promised this, he opened a case for me,will help get recorded calls frim ATT and apologized again for everything.Now I owe $432 and has accoubt suspended. I will be taking this all the way because for there to be no accountability on ATT and say that neither people I spoke with can promise fixed rates or lower prices is unbelievable. I will get those tapes and want them to honor agreement. I would NEVER have paid these absurd prices had I been told this & ironically am paying $35 more monthly than competitor who I left because of price hikes. Oh and lastly, I has case opened yesteed at and now cannot access my bill onlibe. It says I have limited access to online features and that I can only see my account summary. Very suspect. Horrid experience.