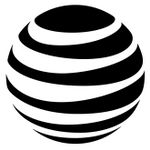 AT&T TV works on a wide variety of devices and platforms. You'll find some details below on a few. Also, to stream the way you want, you need a good wireless setup.

When will my device or preferred browser be compatible? We're always working to bring this experience to more folks. At this time, we do not have information on if or when other devices will be added.

Note: AT&T TV NOW does not support rooted or jailbroken devices—that is, phones, tablets, or other devices from which users have removed carrier restrictions to gain extra controls.

I couldn't login to the app.  DIRECTVNOWCare suggested changing my password, so...

I don't have all the answers but if anyone wants to ask something, maybe I can help.

BTW, rebooting your AppleTV might help.  Do that by holding down the MENU & Home Keys simultaneously for a few seconds until the light on the box begins to blink very fast.  Then let go.  The device will reset and come back on.

Also, deleting and reinstalling the DirecTVNow app might also help.

But changing my password is what did the trick for me.

I've already determined that , apparently  Edge browser and Firefox appear to be incompatible with DirecTV Now. I did get the service up and running on Windows 10's hidden old browser,  Internet Explorer 11.  (get to a command prompt and type iexplore.exe , it'll pop up. )

My question is , do you plan compatibility with Microsoft's Edge browser, or at least a Windows 10 universal app ? Using an old browser at the end of it's life seems like a step backwards.

Any plan for console (XBOX One / PS4) support?

Use the following to get the iOS App & AppleTV App

Install the app using the direct link until Apple's App Store index's the new app and it appears in search.

To get it on Apple TV, use the steps below once you have it installed on an iOS device like an iPhone / iPad.

That should get it on your device. If you downloaded it to your iOS and have auto App download turned on for the AppleTV, it should also be already download to your AppleTV, but this is a work around until search is working for those that don't have an iOS device.

Any idea when casting to Chromecast from an iOS device is going to be available? I was super stoked to sign up to this service, now I can't cast to my Smartcast TV unless I have an android device. Really disappointed that feature would be left out for iOS devices.

If Chrome (50+) is supported why does the site send me to an unsupported browser page?  I am using Google Chrome version 53 on Ubuntu Linux.

Visit this link for DIRECTV NOW supported browsers and devices. As additional compatibility comes available we will update this information. Thank you for reaching out to our community.

When is the Android TV app coming?

Do you plan to offer an App for an Amazon Fire Tablet.  I just signed up and would have assumed that you would have a Fire Tablet App since you are providing a Fire TV free of charge.  Much to my dismay you do not offer an app for the Tablet and it does not list a future support in the FAQ's.  Thanks

I'm running into a number of problems and would like some assistance as cast-enabled Vizio SmartCast Displays were specifically said to be supported according to the press release (see end of post for press release quote).

Here are my issues:

1). The Vizio tablet remote cannot run the DirecTV Now app. The guide never loads and it is completely unable to cast. Location is turned on.

2). I can get both a Lollipop tablet and a Marshmallow phone to load the app and initiate a cast, but...

3). When casting from the above-mentioned devices to the Vizio SmartCast display, a continous 5-10 second loop is displayed of whatever program is selected.

4). I also tried casting to an NVIDIA Shield. Most of the time, the cast is not successful at all (I get a circular blue dot loading screen). However, even when a cast does start, the image is pushed off the screen (channel logos cut in half, etc.) due to excessive overscan.

Here is the excerpt from the press release:

"DIRECTV NOW will be available at launch through the following:

I've established the account but can't get anything. I get a message "Server not found" Is a certain browser required? I tried to download Google Chrome and that didn't work either. Our tv is a year old Samsung 4K smart tv.

I got it to work by using a User Agent spoofer and setting directvnow.com to see the following UserAgent:

Not really a question, more a request. Please add Android TV app. I'm fine Chromecast, my wife is not. And no I don't want fire TV or Apple tv. I already have xbox one,ps4,ps3, and Wii u cluttering my entertainment center. I have no more room.