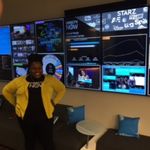 OMG! Where do I start?

So, by now everyone who watches the show and are loyal should have seen the finale. So, if this posts spoils anything for you then it's on you and NOT me (LOL). Just to give a quick overview of the episode. It was great to see so many main characters all together in the same scene in the dragon pit. This reminded me of a high school reunion. I didn't like Khaleesi flying in on Drogon because to me she showed all her hands and you never do that in a fight. Keep some of your weapons in your back pocket. I am so over Theon. He should have died seasons ago but I do like that they made his weakness a strength. His whole fight scene was boring. The ending was crazyyyy! Why Night King? Why? Did you have to kill Viserion and now you're flying on him. UGH!

Favorite Parts:
Let's start with my favorite scene, I have 2 actually BUT for the sake of honesty and not favoritism of characters I'll go with the best scene of the show: The death of Littlefinger. I love how the writers used the previous episodes to build up to this unexpected turn of events. I literally didn't see it coming but oh was I glad to see it! Sansa's use of Littlefinger's game was epic. I loved how we saw Bran actually be of some use for his family by being able to give them much needed info to prove that Littlefinger was a lying, scheming, war starter. Then Arya for the win on slicing his throat with one swipe and never looking back like the killing warrior she is! It was a total thrill for me.

NOW... my other favorite scene (drumroll) ... you guessed it: Khaleesi and Jon Snow or should I say Aegon Targaryen. YESSSS! I've only waited 7 seasons to see THIS horizontal tango. I saw all the social posts and even heard it from my peers at work, "Gross, they ruined it by having Bran and Sam reveal that Jon is a Targaryen (after much speculation) while they shared a bed." Well, I'm not for incest but their incest is alright with me. I mean, come on, it's GoT. Everybody sleeps with their twin, cousin and nephew.

Predictions:
Khaleesi is definitely going to be pregnant. Once it's revealed that Jon is Khaleesi's nephew, there will be some initial struggles with the 2 characters but the baby will bring them back together. Cersai is not pregnant. As much as I love Tyrion, he may turn on Khaleesi and Jon b/c he believes Cersai is pregnant and he always loved her children as they showed in the scene with Tyrion and Cersai. Tormund and Gendry are going to live. Jaime is going to partner with the North to defeat the The Night King.

Guys, let me know your thoughts, favorite scenes from this episode and predictions for next season? I literally could type for days on GoT.

Awesome review!  I agree with much of what you said, however I didn't have a problem with Khaleesi flying into the dragon pit with her dragons.  I typically would agree with your thoughts about not showing your hand but at this point everyone knows about her dragons. But as I'm typing this, I just came to the realization that nobody knew about the death of 1 of the dragons (so yeah, you're right... lol).  At this point, I'm just wondering how everything will play out.  Will the Night King be defeated?  If so, how?  How did the entire conversation between Tyrion and Cersei play out? (Is he double crossing Jon and Khaleesi?) And lastly, what is the connection between Bran and the Night King?

Everybody keeps saying there is a connection between the Night King and Bran. I don't really see it. I have read some blogs about it, but the only part I recall that was strange is when Bran was flying as one of the birds and the Night King looked up and Bran flew away(came out of the creepy rolled back eyes phase). I'm going to be really shocked if Tyrion betrays Khaleesi and Jon. I would hate to stop liking him. He's been one of the fan favorites since the beginning.

Love the review Cher!!!!. The scene with Littlefinger was one of my favorite scenes as well. So I know we don't trust Tyrion but what do you think of him possibly being a Targaryen?

I'm trying to find more info on Tyrion being a Targaryen. I'm thinking he will turn on Khaleesi and then found out he's related to her. This is going to be so good. I can't wait! Did you hear that Season 8 wasn't coming back until 2019? I hope it's not true.