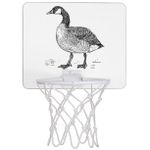 Milwaukee - Mirotic is a perfect piece for the Bucks and one that will help immediately. He's a Brook Lopez who is a more consistent and dangerous 3-point shooter, who will just make it harder for teams to double on Giannis.

76ers - This is the end goal of 'The Process' to save up enough assets and picks to make a run when the opportunity presents itself. Now, Philly can start 3 current or recent All-Stars (Embiid, Simmons, Butler) one near All-Star w/ Tobias Harris and Reddick. Ennis, Boban, Scott, and Simmons also give them a legitimate bench  (which they'll likely add to w/waived players) and they walked away from Fultz saving as much face as they could.

Mavericks - The upside of the Kristaps trade is immense but so is the danger. He's a big man with a torn ACL (who was already injury-prone beforehand) and giving up 2 first-round picks mean that, if this doesn't work, the Mavs will still stuck in the doldrums of the West. Having said all that, this is a move you have to make - if given the opportunity - and could make the Mavericks a perinial West Conference Finals contender for years to come. Especially if they are able to do something with the $30 million on their books after the (... awkward) Harrison Barnes trade.

Raptors - Is a 34-year old Marc Gasol better than a young Valanciunas? Maybe? The answer really lies in whether Gasol's performance, these past few years, is a result of a natural decline in talent or a result of him just not caring. I guess Toronto is hoping that they just traded for a player who didn't care? I guess?

Knicks / Clippers - The trades they made can only be judged on whether they sign top dollar free agents, this summer. If Durant/Irving go to New York or Leonard goes to Clippers both of their moves are successes. If they end up having to spend all their newfound cash on Jimmy Butler or Kemba Walker? Yikes ...

Lakers / Pelicans - Well, that was ugly. The Pelicans showed the world why Davis would want to leave that front office and the Lakers might have irreparably blew up any team chemistry with the deals that the Pelicans leaked. I'll give LA slight credit for (eventually) realizing that the Pelicans never had any intention of negotiating in good faith and walking away, but they let themselves be dragged along way too long before they came to that realization. On the Pelicans' side, if they're putting all of their eggs in the, "We trust Danny Ainge" basket ... good luck with that.

Wizards - Who knows what they would have done if John Wall hadn't torn his ACL during trade talks but, as it stands, I have no idea what they tried to do? Are they rebuilding, by trading Porter? Are they making a playoff run, by keeping Ariza and Green? Who knows?

Trailblazers / Hornets - In somewhat of the same boat as Washington. They both needed to make a move to prove to their respective All-Stars (Lillard and Walker) that they have a plan and are in this for the long term. Both did nothing at all.

The NFL - There was a Super Bowl, last Sunday. Did you know that? If you were following any sports sites, you may not have. Between Davis, Lakers, Cletics, Kristaps, Knicks, 76ers, etc. - the NBA just sucked all of the oxygen out of the NFL's promotional efforts, up until last Monday, when everyone took a second to comment on how dull the Super Bowl was.

All in all, a crazy couple of weeks.