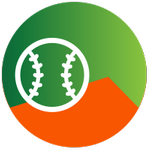 I hadn't been using my Galaxy S9+ for the past few months because of a bug I was waiting to be fixed.  It was powered off the whole time and I was using my old iPhone 6S in its place.  Yesterday, I powered on the S9+, factory reset it, and then checked for updates.  The phone does not detect any available updates, even though AT&T has released roughly 5 security patch updates beyond what the phone currently has (details below).  I thought maybe the issue was because I didn't have sim card in the S9+, so I powered off the iPhone and moved back onto my Android full time again.  Now, even with the S9+ containing the working sim card, the phone does not detect any available security patch updates.  I've tried clearing the cache via that special boot-up menu and I've tried the Samsung Smart Switch software as well.  The AT&T website shows my phone as being the Galaxy S9+ currently.  I'm at a loss of what to try next.  Below are the details of my device and what software it is running.

It seems as though AT&T does not allow you to check for updates multiple times for day???  So, if you happen to check for updates once and none are found, no matter how many times you check for updates after that you will keep getting told none are available until your "time limit resets" or whatever.  I checked for updates again shortly after midnight and magically a new one was found.  I installed that, let it finish after the reboot, checked again and found another update, let that one finish, etc.  I suspect I will be able to get all of the missing updates tonight before heading to bed.  So, anyone else in the situation, be patient.

At&t updates only over the air.   Smart switch is only good for back up and restore, not updates on At&t phones.

As you discovered, and I and others post often, you need an active At&t account and sim installed to get updates.