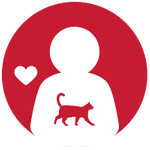 Samsung S6 Active shuts off by itself if not plugged in

I have a Samsung S6 Active. Within the last month, my phone will periodically shut off by itself if it is not plugged in to a power source. I typically have it plugged into a small battery pack as a workaround. The battery will also be inaccurate by saying 80% and then shutting off. The device will not power on unless I plug it in first and have the screen show a charging symbol. When I do, the power will sometimes be at the same percentage as when it turned itself off or it might now say <10%. When powering itself off, it typically happens much faster when the screen is on, but will also happen slower if it is just in my pocket.

I tried to go to my local AT&T store in Miami to see if they could do a diagnostic or refer me to the AT&T authorized repair center because the one I had been to a couple years ago wasn't there anymore. They told me that they could not do anything at the store because it was powering itself down, they don't sell replacement batteries or can direct me to where I can get one, and that there was no longer an authorized AT&T repair store in Miami. The rep tried to sell me a new phone instead of being helpful in solving my problem or sending me to someone who might know more.

Hello @irv123, allow us to lend a helping hand. Try walking through some troubleshooting steps in our Troubleshoot and Resolve tool. Just select your device and the issue that you're experiencing. Next try replacing the battery. If none of that helps we recommend looking into replacement options. Thanks for reaching out to us.