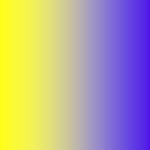 Does anyone know how to disable 4G LTE on a typical Samsung Galaxy smartphone and use just regular 4G?

I've looked around online and come across various "hacks", some of which I've tried to no success. I'm seeking a stable solution.

I have a Samsung Galaxy S4 Mini, direct from AT&T. Sometimes I don't want to use LTE and want the non-LTE version of 4G only (some say it's really 3G being called 4G). Battery usage is higher with LTE running, and I don't often care about the extra speed that LTE provides.

The closest I've gotten to a solution is using another set of APN settings and switching to it when I want to avoid LTE. But it doesn't seem to work reliably. Maybe my settings aren't correct.

Has anyone achieved this before?

From your phone dialer, enter *#*#4636#*#*. This will take you into some menus, including a Phone Information section, where you can change from GSM/WCDMA/LTE Auto mode into a non-LTE mode. However, changes will not stick after a reboot, and may also be reverted by other network triggers, such as entering airplane mode. Also note that your battery life has been known to decrease when temp overriding to non-LTE service.

Not sure why there's no switch like on an iPhone or with other carriers. Gotta love AT&Ts crap, eh?

It's not exposed as a typical end user setting, because you shouldn't need to do it - there should be no appreciable difference in battery life either way.

Thanks for the link, compguy. I wish they had that LTE setting on Android phones too!

sorry I misread thta somehow, I did check on that on verizon and sprint seem too have that option but att and tmobile do not,

How did compguy's answer get accepted as a solution to my problem/question? I didn't select/choose that answer. (No offense, compguy.) It's not a solution to the problem, since it applies to iPhone, not Samsung.

I haven't selected anyone's answer as the solution, either.

no offense taken, As I stated I misread the question when I posted that. Unless it was marked solved for the second post.

garretttv: Thanks for that info. I remember going into that hidden area a while back and I again see that radio/band selector when I checked just now. I'm a little hesitant to start changing the radio settings there. Do you think it's safe, without messing up the phone?

As for choosing a solution for this thread, it happened within the past few hours and it wasn't me. I guess it was a moderator going through threads and approving solutions without knowing what's going on.

I'll try to choose garretttv's solution, as that's probably the closest we'll come. (Edit: I just tried, but it wouldn't let me -- but I think it might be my browser having a problem.)

just remember somethings in that menu can make the phone not work so be careful when selecting things.

JTS, I have used this to some success before. But as LTE is so plentiful and

JTS, I have used this to some success before. But as LTE is so plentiful and in my area, I've never really had a reason to avoid using it. I've basically just tested it out, but never had a reason to not want LTE.

It shouldn't impact the phone, but as is not really an official setting, anything could happen. Again, I never had a problem, but YMMV.

Mind if I ask why you're interested in switching it off?

Thanks for the follow-up on that, garretttv.

Why am I interested, you ask? Well, most of the time it's not a problem, as I live/work/travel in a major metro area with plenty of 4G-LTE signal. However:

1) Occasionally I'm somewhere with 4-5 bars of signal strength, but data is dead in the water and just not working. I suspect overloaded LTE traffic in the area. Would be nice to downgrade to non-LTE data access in those occasions.

2) I've read online in misc forums that battery drain is higher on 4G-LTE than non-LTE. Maybe it's not much. But for most of my mobile internet use, the extra speed that LTE offers isn't usually worth the alleged extra batter drain.

AT&T should really offer a simple LTE-Off switch in the front-end Android user interface. Not everyone wants the latest and greatest thing.

no app works to do this, for  S4 -you have to enter code on dialpad as state above posts