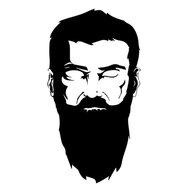 I received my Galaxy S22 Ultra a couple of days ago and set it up. The default messages app is the Google Messages which I've used on my Note20 Ultra but on the S22 it shows powered by AT&T. Now, it connects but I am unable to actually use any of those Chat Features with anyone I was able to use them with previously and all of my texts go SMS or MMS. I've done all troubleshooting for Google Messages, AT&T advanced tech support were less than helpful. Anyone having the same issue?

I wish more people were commenting on this. I have the same problem. I had Google messages downloaded on my old S10 Plus with no issues. That is the phone I came from and now with my S22 ultra none of my chat features work. It says I'm "connected" and the word is green and like you said it says powered by AT&T which I never saw before. Anyone I text that also has Google messages gets "sent", "delivered", "seen" and typing bubbles when I send messages to them which can only happen if both of us have chat features enabled. So it's acting like my chat features are enabled on their end but on my end I get nothing. It's very frustrating and the first thing you try to do is uninstall the app which they won't let you do because it's now a default app so you can only disable it now. So I cleared cache and data and tried to fix it that way but i got the same results as before after doing that. It didn't do anything. I also tried tuning on and off the setting that says "Text on Galaxy Devices" under advanced settings to see if maybe that had something to do with it but no change. I'm sure there's a simple answer to this but no one's talking about it.

I'm pretty sure the simple answer is that AT&T put their name on it and now it doesn't function properly. Lol. I have hope though.

Let's figure out why you're unable to get the full experience out of our Advanced Messaging feature, @TsiTurboTsi.

Since you've already tried doing all of the basic troubleshooting steps, we'd like to invite you into a DM to assist further.

In the meantime, we ask that you review our eligibility. Both sender and receiver must:

Whether you meet the criteria or not, we'll still be sending you a DM here shortly to go over this with you.

Where will you be sending me a DM to?

@TsiTurboTsi don't count on them being any actual help. They still don't understand that they crippled a service that previously worked between carriers, device type and account type. Heh.

There's two messaging apps on the device. One is Samsungs. Other is Google. ("You can tell you're in the Samsung messages app if you see the option for text to galaxy devices")

Do the at&t s22 model are able to download google message from play store?

@carmelomojica it can only update. It is the same version as what is on the phone but AT&T has some changes in the background that hijacks the RCS server and changes it to the limited and locked AT&T Advanced Messaging RCS servers. Apparently they're still working on it. I hope they get it taken care of soon as this is truly unacceptable and just downright annoying.

@carmelomojica no, the text and calls on other devices thing is enabled, much like eSim. But I don't know any provider that we can use the eSim with. So there is that. Heh

Google announced that Tmobile and AT&T users will use those carriers RCS as default for s22 devices. Verizon is still using the Google backend and older samsung devices on (at least tmobile are using Google backend as well.)

@Timbeh0617 from what I've seen T-Mobile users aren't using Jibe but T-Mobile servers. Google has an article about it. Both AT&T and T-Mobile's RCS servers should be backwards compatible with the Jibe platform servers and communicate amongst each other using the RCS Universal profile. They aren't which is what AT&T is supposedly working on. I'm guessing @ATTHelp isn't going to reply anymore.