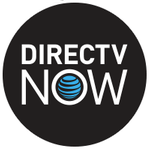 I currently have AT&T as service provider.  I have two phones, a Galaxy S5 and a Galaxy Note 4.  I switch the sim card between the two phones, as I sometimes want to have the larger screen on hand, or the smaller screen on hand.  I am looking at purchasing a Samsung Galaxy S10+.  I still want the flexibility of being able to use my smaller s5, or the larger Note 4 or 10+ phone.  I do not want a two line system, and having to pay for such.  I understand that the Galaxy s10+ takes a different sim card.  Could the new sim card for the s10+ be programmed to match what I have on my current sim card for the s5 & note 4, or would it be stated that I would have to get a separate line for the s10+, with its' new sim card.  If that were the case, I would have to stay with my older and functional phones.  I don't mind paying to new a new sim card for the s10+, that would be understandable.  I don't want to have to pay for two phone lines on my plan, when I only need one, for myself.

@umeweall   Just buy a sim adapter kit on amazon.  Maybe cost you $8.  The nano sim will fit in an adapter for the larger slots on the older phones.  I use to use it when I had a Note 3 and Alpha, but also the newer s7.

I can’t recommend buying the dual sim model as it won’t have full compatibility with US carriers.

Thanks for asking such a great question! We will be happy to help you with SIM cards for your Galaxy phone's.

You're correct - when Samsung launched its Galaxy S5 & Note4 in 2014 the Micro SIM was standard. In 2015 Samsung made the change to Nano SIMs with the introduction of its Galaxy S6.

According to https://soc.att.com/2nre6jL+, if you buy an AT&T branded Galaxy S10+ you only have the single Nano SIM option.

However, digging deeper - according to https://soc.att.com/2oYX50L, if you purchase the factory unlocked version, the S10+ comes with dual Micro/Nano technology . If I were you, before buying factory unlocked - call Samsung to confirm the device can be used in North America, and your customer support options.

We hope this information helps. Check it out, then post back to let us know what you've discovered.

Thank you.  The phone is still new, and was initialized on AT&T, when it was sold, so it works with AT&T.  The buyer changed their mind on the color they wanted, and selected another color.  The phone never left the store, or got in their hands, due to the change in color.  It had been active on AT&T and then was de-activated.  It is being sold as an 'open box' item.

HEY!!!  Thanks!!   I was not aware of this availability and I immediately ordered one.  All is good!  I will be able to use all three phones, when I need to switch out.