AT&T Holiday Deals & Gifts - Don't miss these holiday deals on the latest devices!
Trade In and Get Rewarded!
Learn more 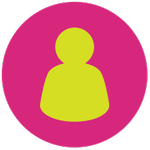 I ordered an upgrade on 1/5. During the process, I had two options which were to pick-up or have it delivered with "optional" expert service. I wanted my phone delivered since ATT usually gets it to me so fast and I can set up my phone myself. I assumed they still delivered phones and the expert service was something optional I could choose to have if I needed (which I didn't). I came to learn after placing my order the Enjoy service was not optional and they had to come to my house and set it up for me, and the only one who could receive it was my father who is always working until 8pm, so the Enjoy service was not an option. I thought it would be simple to change my order to pickup, unfortunately that wasn't the case. I have talked to 5 online agents who all told me it was no problem to change the order and to call a number. I called this number 3 times and they all told me they could not change the form of delivery.

I ended up going to the ATT store and a store representative told me I needed to just cancel the order. However, he told me the number that cancels orders was closed on Sundays, which is weird since I was on the phone with 3 different people that day. Anyway, I called them again today and they told me she could not cancel the order because it shipped? I find this difficult to believed since my order hasn't even been scheduled yet. After being on the phone with her for 45 minutes,  she then tried to sell me TV packages, which I told her 8 times I did not want until she finally just said "have a good day". My order is still processing and hasn't even been scheduled for delivery so I don't see why I can't just cancel it. Any suggestions on what to do?

We'd love to help with this! For assistance with online orders, call 800-331-0500. They're available from 8am to midnight ET on Monday through Friday and from 8am to 8pm on Saturday and Sunday.

Have a great week!