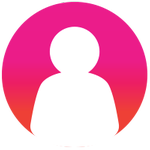 AT&T Next Trade In Missing

Over the past few months I've spent countless hours on the phone with AT&T support in regards to an issue that is still unresolved. I've been missinformed throughout and any chance I had to resolve the issue on my own was lost due to the incompetence of untrained AT&T specialists. I was instructed to disregard charges on my account and lead to believe the device was received, when apparently (according to only half of the specialists) it was not. By the time I was made aware of the device charge my window for retrieving the package from USPS had passed and I was told if the device was there, it would have been sent to dead mail in Atlanta, GA. I have a video recording of an in-store representative speaking on the phone with multiple support departments in which she clearly states that the device is found and once transferred she is told the credit will not be applied because the account was not notated by the previous agent whom we spent over an hour on the phone with (THIS INTERACTION IS RECORDED ON VIDEO)

Below are my records of the responses I received while speaking to the billing, loyalty, customer service and in store representatives:

If anybody from AT&T would like to resolve this issue once and for all, I would appreciate the courtesy.
Else, I will be cancelling my AT&T bussiness, personal, home and DirecTV accounts.

[Edited for privacy - This is a public forum. Please do not post personal or unique information such as but not limited to full names, employee ID numbers, email addresses, phone numbers, account numbers, etc]

We'd like to help! For account security purposes, I will be sending you a private message so that we may continue this discussion there. In an effort to protect your private information, we do ask that you remove your phone number from your original message.

Still no response from AT&T

I will be calling today.