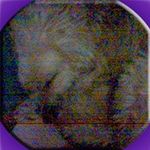 Why did I received a Windows 8.1 version and not the advertised Windows 10 version? The smartphone is only a few days and around a week old. Now, I have yet checked the other specs of the received phone if it has the same specs as the advertised one.

Take your work beyond the office walls with the Microsoft® Lumia 640 XL. With built-in productivity tools and 4G LTE connectivity, working on the go is a seamless experience. Key features include:

This is the specification page from Microsoft's site and NOWHERE does it state it is a Windows 10 Mobile Device.

Now, you can get Windows 10 Mobile on it, but you'll have to install the Windows Insider App and jump on the Preview Ring.

Huh? This is not even close to being "solved" and yet flagged as "Solved".

And even on AT&T's Business Premier page, it is being marketed by AT&T as Windows 10.

You have found a web page that should have stated Windows 10 Mobile Ready. If you want to get a lawyer and go after AT&T about this, have at it and good luck. But you'll get no where here in these forums as this is a user to user forum, where users help each other. You'd get better results going to your local AT&T store and complaining to the manager... not that they can give you a Lumia 640 XL brand new with Windows 10 Mobile on it.

So I'll tell you again, if you want Windows 10 on the Lumia 640 XL, you should install the Windows Insider App. Even if the Lumia 640 XL had come from AT&T with Windows 10, you'd be way behind in updates on the device. You'd be better off getting the device on the Insider Program.

Fine.  I will pass it along that the page should say "upgradable to windows 10" and it will take a month to change the web page.

@lizdance40 AT&T will probably just delete the page. I don't think you can buy this model phone from them any longer. Certainly isn't available as an upgrade option, and I just checked to see if I could purchase and the page shows it as "out of stock". The phone is no longer manufactured, so I don't expect them to "restock". You can buy AT&T phones from the Microsoft store but... the 640 XL isn't an option, nor is a Microsoft Unlocked one an option. This would be like trying to buy an iPhone 5 from AT&T.

@thomascgty, when did you purchase this phone?

For giggles I checked ebay to see if there were any new units and see what they are going for these days. Interesting, two sellers are selling AT&T versions for $125... ships from Hong Kong! they're network locked too; so they might be legit AT&T devices.

@ODad   I'm sure your right.  They don't even sell it on the Gophone page anymore, which is where stale inventory goes for a last gasp.

The thread will be marked as solved at some point, and your answers were very helpful if someone buys a 640 XL and wants windows 10.

@Lumiauser The Windows Insider Program allows users to get early builds of Windows 10, in this situation Windows 10 Mobile before they are officially released. In the normal situation the answer to your question is, no. A non-Tech person probably should get into the Insider program - with ANY Insider Program Microsoft offers -. The reason is that you can expect there to be problem because you are working with unreleased code; it is beta code.

Now concerning Windows 10 Mobile. Microsoft releases updates once a month, and has not released an Insider Preview in months.

So, I suggest you go with the version of Windows 10 set to work with your device and do not worry about jumping on the Insider program as there is no value to you at this stage.

Thanks for the explanation.I wish I knew how long I had to wait!

@Lumiauser there is also a utility from Microsoft called the Over the Cable Updater Tool. I've never used it. I just downloaded it from Microsoft and going to test it on a device. I'll see if i can recommend it for a non-tech person.

I suggest you go ahead and start backup things up. Are you photos and such in the cloud, on your computer or all on your phone?