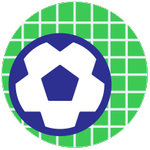 Lied to by 611 customer service

I am writing today about my experience of being the "best part of at&t". My morning starts off by me having issues online with trying to order a refurbished tablet at att.com. I call 611 on my cellular phone and an att rep picked up the phone and assured me she could place the order for me. I told her I didn't want a next plan and it was offered online as a refurbished product with a two year agreement for free. She said no problem and put the order into action. She then came to the part of sales tax, took my credit card information and charged my card $16.50. Before I even gave her anything, I made sure she understood what I wanted and how much it was. So I gave her my credit card information and she told me as soon as I got an email to accept the terms or it will not ship. The second email came and I saw that she had ordered the tablet new, enrolled me in a payment plan and overcharged me tax. I called immediately (611) and told the rep what had happened and I needed to make sure the correct tablet was ordered. He put me on a brief hold and came back on the line and told me that the email sent to me was incorrect and she had ordered me the refurbished tablet. No worries he said, he would email the order dept and have them send out the correct email for my records. He said I should have the email in 24 hours.

I got to thinking about the amt I was charged for tax and so I called back again, (611) this time I demanded a supervisor. After a short time the supervisor came on and I explained what had happened and he said that his dept couldn't see any orders and he is not sure why I was told this but he wanted to transfer me over to the correct dept. He then promised he would stay on the line and make sure I got to the right person.

The phone rings but the supervisor is gone, immediately. The rep in the Houston office picks up and I explained what happened and he is just floored. I was on the phone for about 2 hours as he had to back track what had happened. He found out that the first rep did indeed order the incorrect tablet, over charge me tax and the second rep full on lied to me about what was actually ordered. He was unable to stop the shipping of the tablet ordered and he was unable to promise me that I wouldn't be charged a restocking fee and he was unable to reverse the tax pmt. He instructed me to return the tablet and call again if I needed to get those fees reversed. Call again and be lied to by the customer service department that's outsourced? hmmm...He told me that the tablet I wanted could only be ordered online, by me. Odd, neither of the outsourced reps told me that. They just agreed with everything I said when it came to pricing, shipping and the actual item I ordered.

I am not sure how ATT allows this to happen and then just say oh, sorry, my bad. Just return the merchandise that was ordered incorrectly and fight for your money we charged you for tax and restocking fees. Then spend hours on the phone and stress out because you have to call over and over-Just to be lied to that is handled properly but the track record is that it is NOT!  This is unacceptable and is seriously making your company look really bad. Did I mention I have been an ATT customer since 1996? Yes, never left, never switched, just added services as my family grew and your name just kept changing. We stayed through it all.

At&T says that their customers are the most important part of their business, (they actually say this as they end the call) then why are they cheaping out on their customer service by outsourcing to a different country where you cannot control anything? Just to babble lies in our ears knowing they will never be caught and reading in this forum, I see it continues to happen, over and over.

Does this have anything to do with Uverse TV?

nope, obviously I need some help moving it to the correct area. It should be under wireless, any help?