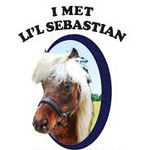 Would / Should win Album of the Year

The nominated albums are:

While I like almost all of these albums (other than Post Malone), I think Kacey Musgraves was my favorite and should win.

I think Janelle Monae's Dirty Computer will win - it just seems like an album that's made for the current environment and times.

I'm really surprised that neither Ariana Grande or Camila Cabello's albums were nominated. Both were really good, imo, and loomed large pop culture-wise, this year.

I love that Brandi Carlile album and would love to see it win ... but I think it's Cardi B's world and we're all just living in it.