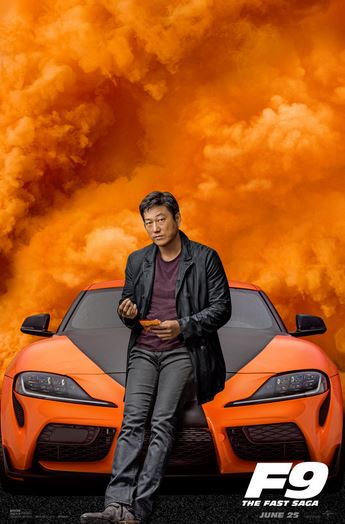 It seems like it was only yesterday that the guy with the cool voice and the very iconic sci-fi eyes from the cult horror flick Pitch Black (Vin Diesel), and his extremely charismatic and unknown co-lead (Paul Walker), were paired up in "buddy cop" fashion from Ron Cohen, the director of the live-action movie where Sean Connery voices a dragon (Dragonheart), to tackle the basic plot backdrop of Kathryn Bigelow's ever-enduring cult masterpiece and pre-Speed Keanu Reeves and post-Ghost Patrick Swayze lead Point Break, and through the lens of the hot new thing at the time — street racing.

Frankly, there's no way this movie should have worked. And yet, Time Out Top Critic via Rotten Tomatoes summed it up perfectly"

"It doesn't matter that we know where it's going, what counts is that Cohen keeps his pedal to the floor and that his actors gun their lines with absolute conviction. Loud cars, fast music: this movie knows exactly what it's about."

What began as a story about una familia on the streets of the city of angels pulling local jobs to make ends meet, turned into an international good vs evil, Saturday-morning-cartoon-style saga whose climactic moments always come down to driving like physics selectively can't touch us.

But be that as it may, the saga is hands down one of the most entertaining blockbusters to grace screens of any size, and this new trailer has us revving our engines while we impatiently await the green light for its release, pandemic willing, this June.